The practice of attaching a CD to concert tickets is a favorite of older rock bands. It helped Bon Jovi dethrone the “Black Panther” soundtrack after two weeks at the top.
In late 2016, a new Bon Jovi album, “This House Is Not for Sale,” opened at No. 1 on the Billboard chart, and then promptly fell to No. 43.
Now, almost a year and a half later, “This House Is Not for Sale” is back at No. 1, bumping the “Black Panther” soundtrack to second place after a two-week run at the top. But Bon Jovi does not suddenly have a new radio hit or viral video, though it is about to be inducted into the Rock & Roll Hall of Fame.
Instead, the band is heading out on tour, and in an example of the music industry’s latest strategy to move CDs — and seize high chart positions — at a time of declining sales, it is “bundling” copies of the album with concert tickets. When fans buy tickets to Bon Jovi’s new tour, which opens in Denver next week, they will receive codes that can be redeemed for a CD of “This House Is Not for Sale.”
Over the last year, as streaming has come to dominate the charts, this same bundling strategy has been used by Kenny Chesney, Katy Perry, Pink, Arcade Fire and LCD Soundsystem, and is a particular favorite of older rock bands.
The prevalence of ticket bundles has raised concerns about chart manipulation. But David Bakula, a senior analyst at Nielsen, called the practice legitimate, since fans must take the affirmative step of redeeming a code to get the album — even though their ticket costs the same if they do not.
“The messaging isn’t, ‘Oh, we’re just going to throw in a free album,’” Mr. Bakula said.
“This is the way that people are getting albums in their hands,” he continued. “If I’m going to a Bon Jovi show, I may or may not go out and buy a copy. But if you offer one to me wrapped in the price of my ticket, then yes, absolutely, I want it.”
With the help of the ticket bundle, “This House Is Not for Sale” returned to No. 1 with the equivalent of 120,000 sales in the United States, according to Nielsen, up from what Billboard called a “negligible” amount the week before. Virtually all sales were for copies of the full album — only about 300,000 streams were registered.
The next two titles on the chart are streaming monsters, and it is no coincidence that they are hip-hop albums: “Black Panther the Album,” at No. 2, had 102 million streams last week, and Migos’s “Culture II” had 74 million. (Drake’s latest hit track, “God’s Plan,” recently racked up 102 million in a week all by itself.)
Also on this week’s album chart, the Brooklyn-based rapper 6ix9ine (real name: Daniel Hernandez) opened at No. 4 with his debut album, “Day69” — the vast majority of its listening from streaming — and the soundtrack to “The Greatest Showman” is No. 5. 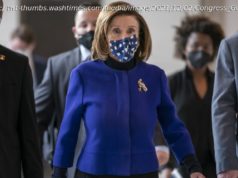 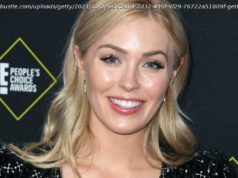 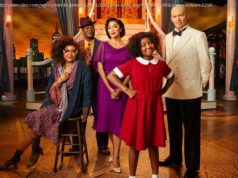