Let’s see how long this lasts
It’s been almost half a year since Germans went to the polls and completely disrupted the old guard of politics in that country. The Christian Democrats party (CDU) of Chancellor Angela Merkel suffered losses across the board and also saw their former partners in the Social Democratic Party (SPD) split away from them. At the same time, Alternative for Germany (AfD) made major gains, largely based on growing opposition to Merkel’s open borders policy regarding primarily Muslim migrants entering the country. Since that time, Merkel has been unable to form a majority coalition and the nation has been effectively left without a fully formed government.
That finally ended this weekend, when the SPD completed a ballot by mail and agreed to reform the coalition with Merkel’s CDU after a number of compromises were reached. (CNN)
More than 460,000 SPD members were eligible to vote in the postal ballot on the coalition deal reached by the two parties last month. A cheer went around the room of SPD headquarters in Berlin, moments before the official announcement from Dietmar Nietan, treasurer of the German Social Democrats… Former SPD leader Martin Schulz had ruled out a new GroKo, but was forced into negotiations as the alternative prospect of new elections loomed. Widely blamed for the turmoil within his party since the election, Schulz stepped aside last month. Andrea Nahles, a former minister of labor and social affairs, is likely to be confirmed as the party’s first ever female leader at a party conference in April. The coalition deal means the far-right AfD is now the lead opposition party in parliament.
To be clear, this was not the compromise that Merkel was looking for initially. She basically wanted to ignore the rise of the AfD and maintain the status quo, but she’d lost too much leverage. An attempt to form a new coalition with the liberal Free Democratic Party (FDP) and the Green Party fell apart quickly, leaving her in limbo. But the SPD was making a number of demands to win back their support, including clearing out some of Merkel’s people from key leadership positions in the government and easing up on some of her policies.
Merkel stood her ground for a while, but if she couldn’t form a ruling coalition soon there would have had to have been a new round of elections. Given the mood of the voters just now and the continuing ascendance of the AfD, that was obviously too big of a risk for her to take so she had to swallow her medicine and take the deal on the table.
While the media didn’t pay nearly as much attention to them, many voters remained unhappy about having Merkel retain her position and took to the streets in protest in a number of cities. Voice of Europe captured some footage of the protest marches on their Twitter feed yesterday. Check out the video.
Angela Merkel has essentially bought herself some time by accepting this compromise, but that hardly indicates that her troubles are over. She’s had to sacrifice a significant amount of political capital and forgo some of her previous, strongly held positions just to keep her seat as Chancellor. Her opposition is no doubt less afraid of her than ever and will likely be even more vocal in the months to come. If Germany can’t get their immigrant problem sorted out, it’s still not a sure bet that Merkel will finish out her fourth term. 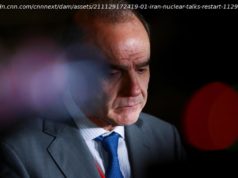 Twitter CEO steps down, leaves company at a crossroads 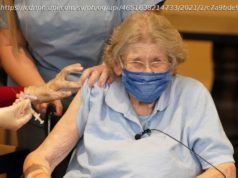