“We expect to lose homes during this storm. If you’re in one of those areas, you need to get out.”
Winter Storm Riley is wreaking destructive havoc as the nor’easter smashes into affected areas—home to tens of millions of Americans—bringing with it high-speed winds, flooding, and heavy snow.
The storm system’s pressure is dropping so low in a process called “bombogenesis” that it is becoming a so-called “weather bomb.”
And worse is yet to come, according to experts. The National Weather Service station for the Boston area urged residents to “take this storm seriously.” “This is a LIFE & DEATH situation for those living along the coast, esp those ocean-exposed shorelines,” it tweeted.
Keep up with this story and more by subscribing now
Entering the morning, there were at least 400,000 homes without power from Michigan down to North Carolina, reported Weather.com. Homes along the coast were being boarded up by their owners. Flights are being canceled. At New York airports alone, LaGuardia canceled 400 flights, Newark 260, and JFK 250.
The New Jersey Office of Emergency Management (NJOEM) said it will “activate the State Emergency Operations Center in order to monitor the nor’easter conditions expected to last through Saturday.” It added: “If you are told to evacuate from a flooded area, GO!”
“Widespread snow, rain and strong winds developed overnight as a winter storm rapidly developed over the Northeast and northern Mid-Atlantic regions,” said the latest update from the National Weather Service.
“Heavy snow across portions of New York have already exceed a foot in a few locations with more forecast today. Heavy rain is expected for southern New England, especially for coastal areas from New Jersey to eastern Massachusetts.
“Wind speeds have increased in response to the strengthening of the main low pressure system offshore New Jersey. Widespread high wind speeds will persist through the late morning and afternoon hours today as the system moves offshore the East Coast.
“Inland flooding from the excessive rainfall and coastal flooding from high seas/storm surge will impact much of the area from New Jersey to Massachusetts.
“Numerous warnings are in effect for the Northeast and Mid-Atlantic, including: Winter Weather Advisories, Winter Storm Warnings and High Wind Warnings. Snow and rain will taper off by late Friday/Saturday morning as the system tracks further out into the Atlantic Ocean.”
The Massachusetts Emergency Management Agency director Kurt Schwartz pleaded with residents of coastal areas to evacuate in advance of Winter Storm Riley reaching the shores.
“It will be dangerous to remain in the homes,” Schwartz said at a news conference. “Not only may rescue not be possible, but homes will be subject to significant structural damage. We expect to lose homes during this storm. If you’re in one of those areas, you need to get out.” 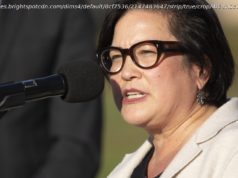 Nearly 500 L.A. Unified employees lose their jobs for failing to get COVID-19 vaccine 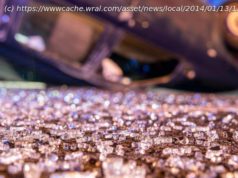 Baby dies, was thrown from car during crash on I-85 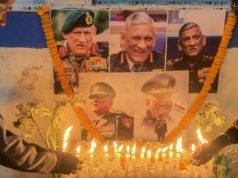 Head of India’s military among 13 killed in helicopter crash