“Nobody wins a trade war, especially in these globalized days.”
Former White House chief of staff Joshua Bolten, who served under former President George W. Bush, cautioned President Donald Trump on Sunday against starting a trade war because “nobody wins” them.
“Nobody wins a trade war, especially in these globalized days,” Bolten told Chris Wallace during an interview on “Fox News Sunday,” referencing the president’s recent tweets stating that trade wars “are good, and easy to win.”
Bolten’s comments follow President Trump’s announcement last Thursday that the U. S. will begin imposing a 25 percent tariff on imported steel and a 10 percent tariff on imported aluminum — and, more directly, his tweets promoting trade wars.
When a country (USA) is losing many billions of dollars on trade with virtually every country it does business with, trade wars are good, and easy to win. Example, when we are down $100 billion with a certain country and they get cute, don’t trade anymore-we win big. It’s easy!
— Donald J. Trump (@realDonaldTrump) March 2,2018
Critics around the world have tried to temper Trump’s attitude toward trade wars.
The World Trade Organization (WTO) warned the president that they are “in no one’s interests” and said Friday it was concerned about his attitude toward them. European Union leader Jean-Claude Juncker also issued a warning to President Trump, saying that the nations would place tariffs on U. S. products like Harley-Davidsons, Kentucky bourbon, and blue jeans if the steel and aluminum tariffs are imposed.
In a tweet on Saturday, President Trump hit back at Juncker when he threatened the EU with imposing new taxes on European cars if the coalition were to increase its “already massive” tariffs on U. S. businesses.
“If the EU wants to further increase their already massive tariffs and barriers on U. S. companies doing business there, we will simply apply a Tax on their Cars which freely pour into the U. S.,” Trump tweeted . 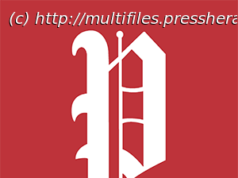 Oxford man dies in crash on Hebron Road in Paris 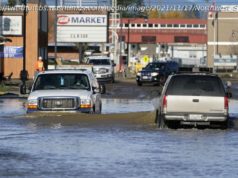 Northwest flooding evolving in areas hit by prior storm 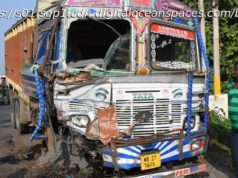