It is still unclear what led to the projectile soup the Cavs guard tossed — or even what kind of soup it was.
Cleveland Cavaliers guard JR Smith didn’t play against the Philadelphia 76ers on Thursday night after being suspended by the team for one game for “detrimental conduct.”
At first, the specifics of Smith’s suspension were somewhat mysterious. The ruling came down just hours before the start of the game, with head coach Tyronn Lue remaining cryptic when speaking about the decision.
“Something happened after shootaround, so, that’s all the details I’m going to give to you,” Lue said. “He’ll be ready for tomorrow and be ready to go on Saturday.”
But an ESPN report from Brian Windhorst and Dave McMenamin has now revealed the alleged reason for Smith’s suspension — he reportedly threw a bowl of soup at assistant coach Damon Jones, according to “multiple sources with knowledge of the incident.”
It is still unclear what led to the projectile soup or even what kind of soup it was.
The Cavaliers would go on to lose to the Sixers 108-97.
NOW WATCH: Richard Sherman rails against the NFL’s pre-draft process and explains why some of the combine is ‘outdated’
SEE ALSO: James Harden breaks defender’s ankles, stares him down on the ground before drilling 3-pointer in most disrespectful move of the NBA season 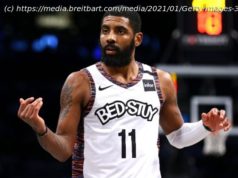 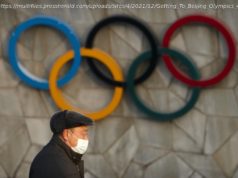 U.S. dignitaries shun Olympics, but what about sponsors? 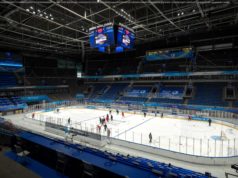