Even brands with her kind of star power are still required to serve the needs of their customers.
By Tirzah Duren
Free markets are finding defenders in the most unlikely places. In Dave Chappelle ’s most recent stand-up routine on Netflix, he offered insightful commentary on the benefits of free trade with China. Chapelle noted that while U. S. consumers like products from China like iPhones and Nikes, we enjoy using them far more than we would enjoy making them. He also emphasized that without trade, the cost of an iPhone would be significantly higher and out of reach for most people. While making his audience laugh, Chappelle highlighted one of the timeless truths of the free markets: they are able to bring consumer items to all people, bridging economic and social divides.
Markets have recently found yet another Hollywood hero: reality star and entrepreneur Kim Kardashian West. With the February relaunch of her cosmetic products, she highlights that in market economies, the powerful make their profits through serving others, regardless of their background. This is showcased by the fact that the relaunch was prompted by consumer complaints over the price of her products.
Last June, Kardashian West launched her own beauty line, KKW Beauty. She has long been celebrated in the beauty community for bringing the art of face contouring into the mainstream. Therefore, it makes sense that her first release would be contour kits. However, the initial reviews were mixed. Many beauty gurus were disheartened by the small amount of product. Between the four shades in each kit, there were only about 3.6 grams worth of makeup, yet the kits sold for almost $50. For comparison, Rihanna has released her own line of contour sticks with over 7 grams of product for half the price.
Despite the backlash, Kardashian West’s launch was a success by any measure; her line sold out of 300,000 kits within three hours. The high level of initial sales and fame behind the brand aside, even Kardashian West is not insulated from the demands of consumers. In response to the backlash over the lack of product in her contour kits, she re-launched her cream contours in February. This time, rather than selling her contour sticks as a $50 bundle, she is selling individual sticks with twice the product for only $18.
This is a perfect example of who holds the power in a market economy. Despite its initial success, KKW Beauty still needed to meet the needs of consumers. Brands are successful based on how well they cater to their consumers. In the beauty world, consumers are using that power not only in order to drive markets to be conscious of price points, as was shown with KKW Beauty, but also to cater to a wider variety of skin tones.
Yves Saint Laurent (YSL) Beauty is a longstanding luxury cosmetics brand, but again, even they are not immune to public pressure. When YSL announced their new foundation line last summer, people took to Twitter to voice their frustration with the limited number of shades offered for users with deeper skin tones. Luckily for consumers, when YSL failed to meet their needs, this need was met by a new makeup brand — Rihanna’s Fenty Beauty line, which offers 40 shades of foundation. Rihanna was rightly applauded for her line’s selection of products catering to virtually any skin tone.
Rihanna’s resulting success from serving the needs of consumers has inspired other cosmetic releases, too. Since the release of Fenty Beauty’s foundations, other companies have been forced to compete, offering a wider range of shades in order to appeal to larger swaths of the market. This trend provides a powerful lesson in how markets work. Even an industry that generated over $60 billion in revenue for 2016 is still required to respond to the needs of consumers in order to thrive.
Even brands with the star power of Kim Kardashian West and Rihanna are still required to serve the needs of their customers. They do this by catering to everyone, regardless of income or social identity. The wonder of capitalism has always been its unique ability to benefit individuals from all backgrounds. As the economist Joseph Schumpeter put it, “The capitalist achievement does not typically consist in providing more silk stockings for queens but in bringing them within reach of factory girls.”
Tirzah Duren is a Young Voice Advocate who focuses on political economy, food security and trade. You can follow her on twitter @TzDuren. 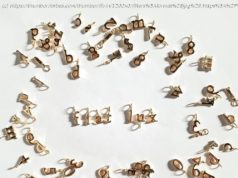 Holiday Gift Guide 2021: The Best Jewelry To Give Your Best Friend 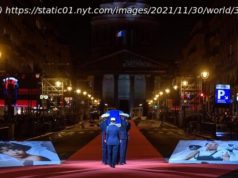 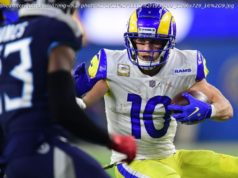