More than 2 million homes and businesses remained without power Saturday
BOSTON — People along the Northeast coast braced for more flooding during high tides Saturday, even as the powerful storm that inundated roads, snapped trees and knocked out power to more than 2 million homes and businesses moved hundreds of miles out to sea. Areas from Maryland to Maine remained under flood warnings. Officials in eastern Massachusetts, where dozens of people were rescued from high waters overnight, warned of another round of flooding during high tides expected at midday.
As Saturday’s midday high tide arrived, heavy surf crashed into the cliffs along Cape Cod Bay in Bourne, Massachusetts, drawing dozens of onlookers to watch churning brown waves take big bites out of the eroding coastline.
“We’ve been here a long time and we’ve never seen it as bad as this,” said Alex Barmashi, who lives in the hard-hit village of Sagamore Beach.
Up the coast in Scituate, Massachusetts, Becky Smith watched as ocean waters started to fill up a nearby marina’s parking lot from her vantage point at the Barker Tavern, a restaurant overlooking the harbor.
“It looks like a war zone,” she said, describing the scene in the coastal town near Boston where powerful waves dumped sand and rubble on roads and winds uprooted massive trees. “It’s a lot of debris, big rocks and pieces of wood littering the streets.”
Flooding was seen in Boston again on Saturday, on the street surrounding the Long Wharf Hotel, although it was not nearly as bad as the day before, CBS Boston reports.
Residents in other coastal areas, meanwhile, bailed out basements and surveyed the damage while waiting for power to be restored. More than 2 million homes and businesses remained without power Saturday.
“The rest of today will be clean up,” said Miles Grant, after he secured a generator to run a pump to remove standing water from his basement in Marion, Massachusetts. “Usually when you think of bad weather in New England, you think of snow. But it’s been all wind and coastal flooding.”
Authorities on Saturday reported more deaths from the storm, bringing the total to at least seven in the Northeast. Those killed during the storm included two children.
The National Weather Service expected wind gusts of up to 40 mph in coastal areas Saturday, down from Friday’s hurricane-force gusts.
“The primary remaining hazard is all the floodwater including the effects of the high tide with the continued onshore flow of the wind,” said Patrick Burke, a meteorologist with the National Weather Service Weather Prediction Center in Maryland. “The damaging winds we saw yesterday have calmed down just a bit. But it’s still going to be a windy day.”
Burke said the main part of the storm was about 350 miles southeast of Cape Cod on Saturday morning. With the storm so far away, the lingering hazards showed how powerful and massive it is, he said.
The storm swept in Friday and prompted more than 3,000 flight cancellations, mostly in the Northeast. LaGuardia and Kennedy airports in New York City were brought to a near standstill. By Saturday afternoon, airports from Washington, D. C. to Boston were still reporting dozens of delays and cancellations.
Rail systems weren’t faring much better. Amtrak said riders should expect significant delays as it resumed service in its Northeast Corridor starting Saturday morning after completing shutting down the lines at the height of the storm Friday. The commuter system in parts of New York, Connecticut and Massachusetts also reported suspending or delaying services Saturday for continuing flood-related problems.
Meanwhile, Massachusetts Gov. Charlie Baker declared a state of emergency Saturday, joining governors in Maryland and Virginia who had earlier made the declarations, which allow states to deploy federal resources and request aid from other states.
Floodwaters in Quincy, Massachusetts, submerged cars and trapped people in their homes. Local first-responders and National Guard troops rescued dozens of people overnight.
“It’s a total mess down there. I’m glad we’re out of there,” said resident Kyle O’Keefe, CBS Boston reported.
“All our stuff is messed up but this is all that matters.”
The National Guard made more than 100 rescues from the area of Sea Street. They were expected to return on Saturday.
Many people said the nor’easter packed a bigger punch than they expected. Christine Way-Cotter said she did not see this coming.
“I’m fortunate to get rescued,” she said. “Our house is lifted so like nothing came into our first floor but our whole basement is probably six feet under water.”
“My garage, it was all the way up to my waist,” said Wayne Adams, who evacuated. “The water was all the way up to my waist.”
The nor’easter sent waves onto side streets, submerging cars and making Sea Street and other roads impassable.
Shelters were set up at Quincy High School and Atherton Hough Elementary School for anyone in need. 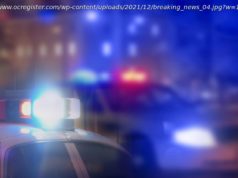 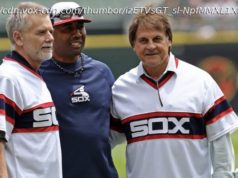 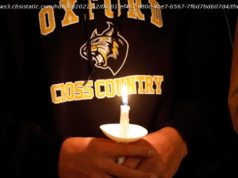