Israeli Prime Minister Benjamin Netanyahu does not grant many interviews to reporters based in Israel — except to those reporters who travel with him
Israeli Prime Minister Benjamin Netanyahu does not grant many interviews to reporters based in Israel — except to those reporters who travel with him abroad.
Between his Oval Office meeting with President Trump and his keynote address before the pro-Israel group AIPAC, Netanyahu sat with a couple dozen reporters at a large round table Monday in the president’s official guest house across the street from the White House, and answered questions.
Back home in Israel, Netanyahu and his spokespeople have given up most traditional media interviews in favor of Facebook missives and videos. But on trips abroad, the prime minister tends to brief the Israeli reporters and Israel-based international reporters who travel with him. On his trip to Washington, D. C., were reporters from NPR, The New York Times, The Washington Post and the major Israeli outlets.
The conversation was Israeli-style: freewheeling, uninhibited and pushy. There was a lively debate among journalists and spokespeople about the ground rules of what would be off the record.
Initially, the atmosphere was tense. Netanyahu declined to address on record Monday’s explosive news in Israel — that his confidant and former media adviser Nir Hefetz agreed to cooperate with police as a witness for the state and offer testimony in corruption cases Netanyahu faces.
Israeli media reported Hefetz would testify that Netanyahu’s son and wife interfered in his decision-making on matters of national security. Hefetz is the third Netanyahu confidant to make a deal with authorities to provide information for their corruption probes in exchange for a promise of lesser punishment.
Netanyahu’s spokesman raised questions about the police’s recruitment of state’s witnesses, and Netanyahu himself has accused police investigators of a plot to frame him.
NPR asked Netanyahu to respond to criticism that by raising doubts about the police’s motives he was attacking the Israeli democratic institution of law enforcement. Netanyahu said he was “not willing to answer” and did not accept the “premises” of the question.
Netanyahu said his police investigations did not come up in his meeting with Trump. In response to a question from NPR about a Washington Post report that Israel was among four countries seeking to take advantage of Jared Kushner to gain leverage, Netanyahu said the matter did not arise in their discussion and declined to comment further.
The prime minister steered the conversation to his meeting with Trump, which lasted 2.5 hours according to his office. The central issue Netanyahu raised, he said, was: “Iran, Iran and Iran.”
“The president is very knowledgeable about Iran,” Netanyahu said. “He has impressive knowledge of the details.”
Trump faces a May deadline whether to impose nuclear sanctions on Iran again, which would effectively render the U. S. as pulling out of the Iranian nuclear agreement.
“The president will decide whether to renew the agreement,” Netanyahu said. “He was very interested in my estimations and my recommendations.” His advice: “Fully fix, or get rid of it, fully nix. This is what I told him.”
He said the two leaders discussed the Palestinians. As for Trump’s long-anticipated peace proposal, Netanyahu said he “did not see a draft” during Monday’s meeting. But he would not say whether he has seen a draft before.
When asked if he believed in the two-state solution to the Israeli-Palestinian conflict — establishing Palestine alongside Israel — Netanyahu said, “I haven’t named it. But I’ve defined it.” He said Israel did not seek to govern the Palestinians but that Israel must retain overriding security control of the West Bank, which Palestinians seek for a state, arguing that the Palestinians are not capable of rooting out violence.
“There is no ability by the Palestinians to deal with these things. Who does the job is the Israeli security forces,” Netanyahu said. “You can say it will be good if we give them a state… empirically it doesn’t work with what we see.”
The Palestinians have suggested an international monitoring force in the West Bank in the event of a Palestinian state — but refuse to accept any Israeli military presence long term.
In a nod to his upcoming speech before the American Israel Public Affairs Committee in Washington Tuesday, Netanyahu addressed a question about Israel becoming increasingly a polarizing and partisan issue in the U. S., especially among American Jews.
Liberal streams of Judaism, which are dominant in the U. S., say they are discriminated against in Israel, and complain about Netanyahu tabling a decision to build an official mixed-gender prayer space at the Western Wall, the Jewish holy site in Jerusalem. Netanyahu said the move faces ultra-Orthodox opposition and “I am trying to unjam it.” Netanyahu pledged there would be an upgraded prayer space there.
“I want every Jew to be comfortable in Israel,” Netanyahu said.
Pivoting, once again, away from the topic at hand, Netanyahu offered a TV recommendation: Big Blue Live, a PBS wildlife documentary.
“Big Blue – you have to see it. It’s amazing,” he told reporters. 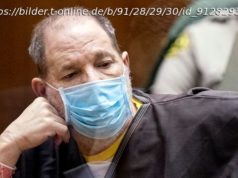 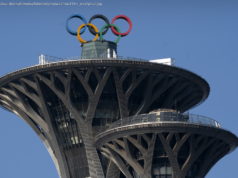 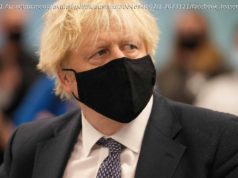