The 81-year-old Gossett earned a best supporting actor award in 1983 for his performance in “An Officer and a Gentleman.”
In this Jan. 15,2017, file photo, Louis Gossett Jr. speaks at the PBS’s American Masters “Maya Angelou: And Still I Rise” panel at the 2017 Television Critics Association press tour in Pasadena, Calif.| Willy Sanjuan/Invision/AP, File
NEW YORK — Oscar winner Louis Gossett Jr. has some advice for the winners at Sunday’s Oscars: Don’t let it change you.
“Keep it simple,” he told The Associated Press during a recent telephone interview. “Keep that same priceless principle about the quality of the parts you play.”
The 81-year-old Gossett, who has been acting since his teens, earned a best supporting actor award in 1983 for his performance in “An Officer and a Gentleman.” Though the statuette remains the highlight of a rich and prolific career, he was a busy actor before the Oscars and has continued to work in regularly in film and television, with some 200 acting credits. Also known for his Emmy-winning role as Fiddler in “Roots,” he spoke to The Associated Press recently about his memories of the Academy Award and what he’s up to now.
Gossett has numerous projects in the works, including the films “The Cuban” and “Breaking Brooklyn.” He recently signed on as executive producer of “Ali’s Comeback: The Untold Story,” a documentary about his late friend Muhammad Ali. He also thinks the next “Black Panther” movie would benefit from having an older actor play a mentor figure.
He knows of someone who’s perfect for the role.
“On my left was the great James Mason (nominated for ‘The Verdict”) and on my right was the great Robert Preston (nominated for ‘Victor Victoria’). So I said to myself being in the top five was an honor. I went into a relaxed state of mind and here comes Christopher Reeve and Susan Sarandon and they mentioned my name and I thought I was dreaming. And my agent goes, ‘Get up there.’”
ON THE FILMS HE’S PROUDEST OF:
“‘Sadat’ (a 1983 television production in which he starred as Egyptian leader Anwar Sadat) and ‘Enemy Mine’ (a 1985 science film in which he plays an alien pilot). ‘Enemy Mine’ because you had to create something from scratch, with five and a half hours of makeup. And ‘Sadat’ because everybody knows what he looks like and I had to have them believe I was Sadat.”
ON PRODUCING ‘ALI’S COMEBACK,’ ABOUT MUHAMMAD ALI’S RETURN TO BOXING IN 1970:
“It’s a whole dramatic part of his life when he lost his title (in 1967) because he didn’t join the service and made a decision to stick to his principles. He lost his license to fight. But then there was a miracle in Atlanta. They found a loophole (Georgia was the only state without a boxing commission and he was able to fight again. That first fight (against Jerry Quarry) was an historic occasion.
Ali’s an old friend, one of our men of history. And he was brave enough to teach us lessons.”
ON WHO HE’LL BE ROOTING FOR SUNDAY NIGHT:
“(Best actress supporting actress nominee) Mary J. Blige and (best actor nominee) Gary Oldman. She deserves this for many reasons. She came all the way back from all kinds of stuff and gave a wonderful performance (in ‘Mudbound’). And Gary Oldman (nominated for ‘Darkest Hour’) has been doing great work for many years. He is completely, incredibly brilliant.” 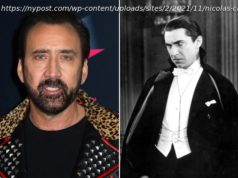 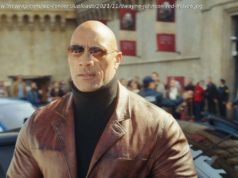 ‘Red Notice’ Is Officially Netflix’s Most Popular Film Ever 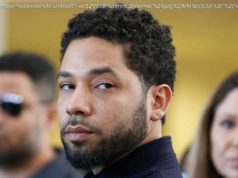