Take a quick glance at this year’s crop of female Academy Award nominees in acting categories and be awed by the strength of their characters
Take a quick glance at this year’s crop of female Academy Award nominees in acting categories, and it’s easy for one to be awed by the strength — the wholeness, the ferocity — of the characters they play. These women are not to be trifled with.
Consider, for example, Frances McDormand as Mildred Hayes in “Three Billboards Outside Ebbing, Missouri.” As a grieving mother, seething with anger and seeking accountability for her daughter’s rape and murder, Mildred exhibits the resolve and fearlessness that can be counted upon in, say, almost any role portrayed by McDormand. She’s nominated for Best Actress in a Leading Role.
Think about Saoirse Ronan and Laurie Metcalf in “Lady Bird.” Ronan’s turn as Christine “Lady Bird” McPherson, in which every facet of teenage confusion, angst, exhilaration and exploration is captured, also earned a Best Actress nomination. But it’s Metcalf as Lady Bird’s mother, Marion — whose unyielding love for her daughter manifests itself as no-nonsense toughness — in a role that seeps so deeply into a viewer’s psyche that the act of blubbering and calling one’s mother after the film became seemingly commonplace. Metcalf is a Best Supporting Actress nominee.
And one would be remiss not to mention long-overdue first-time nominee Allison Janney, whose violent streak and utter viciousness as LaVona Golden in “I, Tonya” is so convincingly performed — with a live parakeet perched on her shoulder, no less — that it could qualify as its own category in some twisted, hellish, worst-parenting-ever iteration of the Oscars. Janney, too, is a Best Supporting Actress nominee.
Strong performances and strong characters would be hailed at the Academy Awards any year, but in these times — as the #MeToo and Time’s Up movements continue to unfurl — they seem imbued with a heightened level of significance. Is there a correlation, or even a continuum, between the unflinching tenacity exhibited on screen and courageousness of those speaking out in real life?
But even beyond those honored for acting, women are better represented at the Oscars than in most prior years. There are female nominees in nearly every category, matching a record from 2016.
“An official Academy tally reveals that 40 women received nominations in competitive categories outside of acting this year — including in traditionally male dominated areas, such as cinematography, directing or film editing,” Deadline reported in January.
Rachel Morrison, nominated for Best Cinematography for “Mudbound,” broke barriers as the first woman to earn a nomination in the category.
“I can’t believe I am the first,” Morrison told NPR. “It’s really kind of crazy!”
Greta Gerwig, who earned a Best Director nomination for “Lady Bird,” is just the fifth woman ever to be nominated in that category. Only one woman, Kathryn Bigelow, has previously won.
Racial diversity among Academy Award nominees has seen some improvement since the #OscarsSoWhite controversy of 2016. Variety notes that Daniel Kaluuya, Denzel Washington, Mary J. Blige and Octavia Spencer all snagged nominations for acting while Guillermo del Toro and Jordan Peele got nods for original screenplay and director. Many in Hollywood, however, still lament that the entertainment industry remains largely a white man’s world.
Yet recall Patricia Arquette’s 2015 Best Supporting Actress speech for “Boyhood,” during which she called for “wage equality, once and for all, and equal rights for women.” At the time, the remarks were received by the audience as both radically outspoken and unexpectedly fresh, eliciting whoops and cheers from attendees like 21-time nominee Meryl Streep (whose effusive reaction was soon memorialized in meme form).
Three years later, bolstered by the momentum of #MeToo and Time’s Up and by the female-centric films up for consideration, “equal rights for women” is likely to be a sentiment repeatedly expressed during Sunday’s broadcast.
It remains too early to tell whether Hollywood has reached a permanent inflection point in the way it treats and regards women. But at this moment, in 2018, fierce women — on screen and elsewhere — are continuing to demonstrate that they will not be silenced. 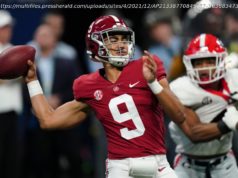 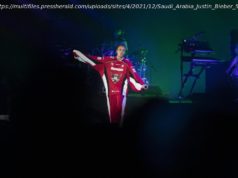 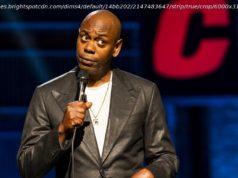