WASHINGTON — The 133-year-old Gridiron Dinner, where President Trump dined and told jokes Saturday night, is a more formal, exclusive and musical version of…
WASHINGTON — The 133-year-old Gridiron Dinner, where President Trump dined and told jokes Saturday night, is a more formal, exclusive and musical version of its younger brother, the White House Correspondents Dinner.
But even for a group of journalists, the Gridiron Club does have some rules and traditions that have yet to adapt to the 21st century media environment: No live tweeting, no texting, no cameras, and no recordings.
Luckily, the White House did allow a single working print pool reporter — Hunter Walker of Yahoo News — to attend Trump’s monologue and produce a transcript.
Trump seemed to think his routine went well. The day after declaring that U. S. media was being “mocked all over the world,” he said he Gridiron Dinner “was great fun.”
Here are some of the top jokes from Trump:
“Before I get started, I wanted to apologize for arriving a little bit late. You know, we were late tonight because Jared could not get through security. Ivanka, you’ve got to do something.”
“My staff was concerned heading into this dinner that I couldn’t do self-deprecating humor. They were worried about it. They said, ‘Can you do this?’ And I told them not to worry. Nobody does self-deprecating humor better than I do…. In fact, Orrin Hatch, Orrin said that ‘Donald Trump is the best at self-deprecating in the history of America, better than Washington and better than Lincoln.’”
“America has a proud history of Treasury secretaries who sponsor the arts. Alexander Hamilton gave us so much. Andrew Mellon famously gave us the National Gallery—tremendous gift. Steve has given us the blockbuster movie ‘Lego Batman.’”
“Attorney General Sessions is here with us tonight…. I offered him a ride over and he recused himself.”
“Ever since we announced our new tariffs, which actually is very popular with people because they’re tired of getting ripped off, many dying American industries have come to the White House asking for protection. They want help. They need protection. Unfortunately, I’m sorry, I fear it may be too late for the print media.”
“It might be hard for you to believe, but I do enjoy gatherings like these. They give me a chance to socialize with members of the opposition party…. Also great to see some Democrats here.”
“I have great respect for the various branches of government, the executive, the legislative, the judicial — very important — and last, Fox News. I have a lot of respect for Fox News. Thank God for Fox News.”
“Nancy’s worth tens of millions of dollars and she’s a populist. You know, she really considers herself that. And I really try to tell her that you can’t be a true populist unless you’re worth at least ten billion dollars. People like you better.”
“There’s talk about Joe Biden, Sleepy Joe, getting into the race. Give me a break. The guy who keeps making outrageous statements thinks he has a shot at being president? Guy makes outrageous statements. He’s going to be president? He doesn’t have a shot.”
“She says she’ll run only if she gets the go ahead from the Almighty. All right Oprah, go ahead and run.”
“I won’t rule out direct talks with Kim Jong Un. I just won’t. As far as the risk of dealing with a madman is concerned, that’s his problem, not mine.”
“Many people have asked me how my time as a reality TV star prepared me for the presidency, the truth is there’s very little overlap between the two. Very little. In one job, I had to manage a cutthroat cast of characters desperate for TV time, totally unprepared for their jobs, and each week afraid of having their asses fired. In the other job, I was the host of a smash television hit. Television’s so easy compared to this.” 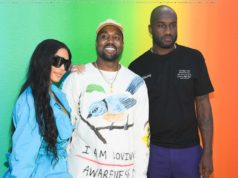 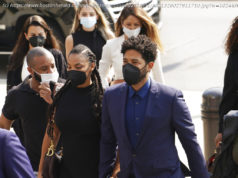 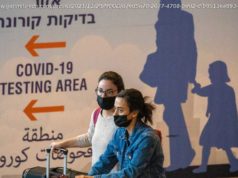