“Maybe we’ll give that a shot some day,” President Donald Trump said of the U. S.
U. S. President Donald Trump appeared to praise Chinese counterpart Xi Jinping’s efforts to extend his tenure in a speech to donors, according to a recording released by CNN.
“Don’t forget China’s great and Xi is a great gentleman. He’s now president for life,” Trump told Republican backers. The crowd erupted in laughter in response to the remarks made Saturday at his Mar-a-Lago estate.
The remarks come as China’s national parliament gathers in Beijing for two weeks of meetings expected to culminate in Xi’s appointment to a second term and a constitutional change allowing him to stay on indefinitely. The Communist Party announced the planned amendment Feb. 25, in a surprising break with succession practices set up after Mao Zedong’s fraught tenure.
“And look, he was able to do that,” Trump said. “I think it’s great. Maybe we’ll give that a shot some day,” he said, prompting more laughter. The White House didn’t immediately respond to requests for comment.
The comments could add another source of tension between the world’s two largest economies days after Trump pledged to impose tariffs on steel and aluminum imports, fanning fears of a trade war. The plan to repeal term limits has prompted unusually open expressions of dissent in China.
Unified Leadership
Vice Foreign Minister Zhang Yesui, a spokesman for China’s National People’s Congress, sidestepped a question at the legislature’s opening news conference Sunday about whether Xi would stay on “forever.” Zhang said repealing term limits was necessary to preserve unified leadership, since Xi’s other two titles — party leader and military chief — don’t face similar restrictions.
“It is conducive to upholding the authority of Central Committee of the Communist Party, with Xi Jinping at its core,” Zhang said.
Last week, White House Press Secretary Sarah Huckabee Sanders called the term-limits move a “decision for China to make about what’s best for their country.”
“The president has talked about term limits in a number of capacities during the campaign,” Sanders said. “It’s something that he supports here in the United States. But that’s a decision that would be up to China.”
The U. S. president’s tenure is limited to two full terms under the 22nd Amendment, which received the requisite support from two-thirds of Congress and three-fourths of the states in 1951. Changing the Chinese constitution is much easier, requiring approval from two-thirds of the National People’s Congress, which has historically voiced little opposition to the leadership’s proposals.
‘Revisionist’ Power
Li Datong, a former senior editor at the official China Youth Daily newspaper, wrote a public letter to urge China’s legislators to vote against the move. Li said the move made the country vulnerable to repeating the power struggles of past eras.
“It planted the seeds for China to once again fall into turmoil,” Li wrote.
The Trump administration has branded China a “revisionist” power and describes the country’s efforts to alter international norms as a threat to U. S. security. Still, Trump has spoken positively of Xi’s rapid consolidation of power, telling Fox Business News in October that “some people might call him the king of China.”
On Saturday, Trump described Xi as “the most powerful president in 100 years, you know, person in 100 years in China,” a period that would cover Mao and almost the entire span since the last emperor was forced to abdicate in 1912. 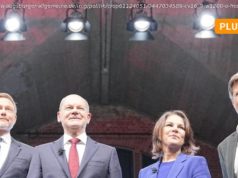 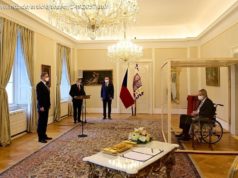 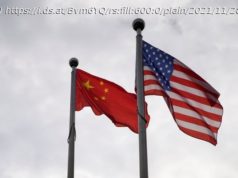