But a $175 tax cut is huge.
Secretary of Commerce Wilbur Ross defended President Donald Trump’s plan to raise tariffs on steel and aluminum with a can of Campbell soup, a Budweiser tallboy, and some basic arithmetic.
“In a can of Campbell’s Soup, there are about 2.6 pennies’ worth of steel,” Ross argued, holding up a can of soup on CNBC. “So if that goes up by 25 percent, that’s about six-tenths of 1 cent on the price on a can of Campbell’s soup. I just bought this can today at a 7-Eleven… and it’s priced at a $1.99. Who in the world is going to be too bothered?”
Ross is responding to widespread criticism that Trump’s announcement to place a 25 percent import tariff on steel and a 10 percent tariff on aluminum would likely lead to a trade war, raise prices for American businesses that buy steel and aluminum, and in turn increase prices for consumers.
Republican governors, senators, and representatives have all come out against the plan — even Trump’s chief economic adviser Gary Cohn is against it. Among its supporters are trade hawks like White House adviser Peter Navarro and some Rust Belt Democrats, including Sens. Sherrod Brown (OH) and Bob Casey (PA).
But Ross argued that any consumer price increases would be negligible and have “a trivial effect” on consumers.
He went on to give another example:
“There’s about one ton of steel in a car,” Ross said on CNN. “The price of a ton of steel is $700 or so, so 25 percent on that would be one half of 1 percent price increase on the typical $35,000 car. So it’s no big deal.”
In his estimate, that would amount to a roughly $175 price increase on a car.
Whether the $175 price increase on a car is “no big deal” may vary by your income and perspective, but many pundits are pointing out the argument falls a little flat coming from this Republican administration. The GOP has spent months touting a tax break that for many could amount to about $100 as possibly life-changing for the working and middle class. (Never forget House Speaker Paul Ryan’s now-deleted tweet celebrating a public high school employee’s salary increasing by $1.50 weekly because of the GOP tax law.)
The dissonance in messaging reflects a clear divide between Trump and the Republican Party on economic and trade policy. Republicans, who managed to pass a $1.5 trillion tax break at the end of last year based on unrealistically rosy projections of outsize economic growth, are now seeing their president take actions that economists say could undermine that very same economic expansion.
“The Commerce Department’s recommendation to impose tariffs ignores history, and it ignores the reality that US manufacturing will ultimately be the loser with these protectionist policies,” Rep. Mark Meadows (R-NC), generally a consistent Trump defender, said. 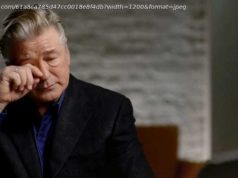 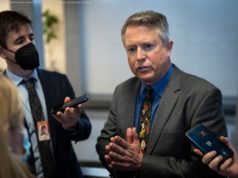 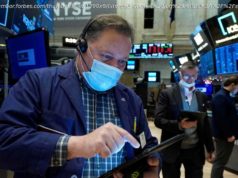