Uber’s Freight division is using semi-autonomous trucks to deliver goods and take the load off of truck drivers.
Some states may finally be letting autonomous cars onto city streets without a human behind the wheel, but no state government will feel comfortable putting an 80-ton freight truck under AI control anywhere near pedestrians. without a human behind the wheel
But Uber Freight and Uber’s Advanced Technology Group (UberATG) have come up with a cool system of shipping goods across the country, while keeping self-driving trucks on the freeway, where UberATG’s AI is most specialized.
In this video, an LA truck driver named Mike heads east to a rest stop in Topock, Arizona, where he meets an Uber trucker named Larry delivering freight from the Midwest. The two truckers park next to each other, disconnect from their trailers, and reconnect to each others’ trailers.
Mike takes the new goods back to his California warehouse — a four-hour trip instead of days to and from the Midwest — while the self-driving truck takes the LA-based shipment to its next destination. (For now, Larry engages semiautonomous mode.)
Arizona has been Uber’s self-driving testing ground for a couple of years now, but Uber Freight’s video shows that the company has officially incorporated self-driving trucks into its business —even if they can’t officially use the self-driving tech outside of Arizona. Uber’s self-driving testing ground
UberATG’s tech for automating trucks comes from Otto, the self-driving startup they purchased in 2016; Waymo, Google’s self-driving rival, ended up settling a lawsuit with Uber over the purchase, claiming Otto’s ex-Google employees had taken Waymo’s AI technology with them. Otto settling a lawsuit
In theory, workers like taxi drivers or pizza deliverers could lose their jobs to AI tech. But Uber’s self-driving trucks would complete jobs that, as NPR reported, no one wants anymore. pizza deliverers NPR
The average age for truckers is 55, ostensibly because younger people aren’t attracted to the low wages and long hours away from home. And, according to projections, the need for truckers and cross-country deliveries is only going to increase.
Uber Advanced Technology Group’s projections for how self-driving trucks could take on freight payloads without cutting into the job market
But, if Uber has its way, truckers wouldn’t need to travel that far from home. In a recent blog post, UberATG described its vision for similar transfer hubs “placed strategically across the country near cities and towns, bridging the gap between local and long haul trucking.” recent blog post
Similar to how companies like Amazon keep warehouses strategically close to population centers, Uber would set up transfer points equidistant to as many major cities as possible, and limit the distance that truckers would have to drive to pick up freight. They’d still have to be qualified for a difficult job, but their hours would be much less draining and unhealthy.
Uber’s challenge, for now, is likely to lobby heavily for federal regulations to allow self-driving trucks across state lines, not just in individual states like Arizona.
Another goal: beat out its trucking rival, Tesla, for the shipping industry’s business. Tesla’s autonomous electric truck is capable of 300 miles before refueling, whereas gas-powered trucks can usually go three times further before stopping. But this brings up an important concern: we don’t know how (and if) Uber’s trucks can handle refueling without a human to do it. Tesla’s autonomous electric truck Need an alternative to Uber? Here are the best taxi apps you can use Need an alternative to Uber? Here are the best taxi apps you can use 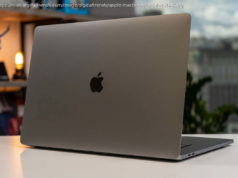 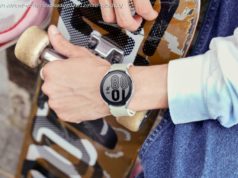 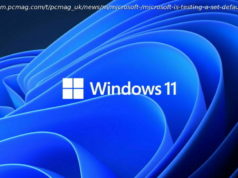