Appearances on Fox News and CNN violated the Hatch Act, according to a letter sent to Donald Trump by the office of the Special Counsel
The office of Special Counsel says White House counsellor Kellyanne Conway broke the law last year as a result of her advocacy of Alabama’s Republican Senate candidate Roy Moore.
The politicking — which took place during two interviews — violated the 1939 U. S. Hatch Act, which forbids most executive branch employees from publicly advocating for or against political candidates, according to the watchdog office.
“Counselor to the President Kellyanne Conway violated the Hatch Act by engaging in political activity while participating in official interviews with Fox News’s ‘Fox & Friends’ and CNN’s ‘New Day,’” states the office of Special Counsel complaint addressed to President Trump.
“Specifically, the complaints alleged that during these interviews — which Ms. Conway conducted in her official capacity — she improperly advocated for the defeat of Democrat Doug Jones or expressed support for Republican Roy Moore, both of whom were candidates in the December 2017 Alabama special election for U. S. Senate,” the complaint continues.
Also Read: Kellyanne Conway Trolls Democrats With Effusive Praise for Donna Brazile
During the heat of the campaign last November, Conway appeared on “Fox & Friends” saying: “Doug Jones in Alabama. Folks don’t be fooled. He’ll be a vote against tax cuts. He’s weak on crime, weak on borders. He’s strong on raising your taxes.
“He’s terrible for property owners…. And Doug Jones is a doctrinaire liberal, which is why he’s not saying anything and why the media are trying to boost him,” he continued.
The second violation came a month later on CNN’s “New Day.”
“When the President endorsed Roy Moore — when he started to talk about Doug Jones, the opponent here which you still don’t want to talk about but the President does, Roy Moore took a lead in the polls again,” Conway told Chris Cuomo.
“Why is that? Because the President, himself, came out and said he doesn’t want a liberal in the Senate. He doesn’t want a liberal Democrat in the Senate. He wants a reliable vote for taxes, for life.”
Also Read: Kellyanne Conway Says ‘Nobody’ at White House Talks About Hillary Clinton – as Trump Tweets About Her
However, it is by no means clear if Conway will face any disciplinary action for the potential violation. The office of Special Counsel letter notes that it is ultimately up to Donald Trump to decide the “appropriate discipline.” 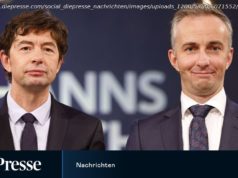 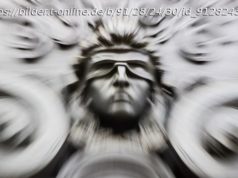 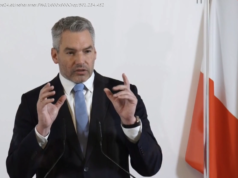