Hint: It’s not the director, who wins something else entirely.
Glamorous actors are the center of attention at the Oscars, but the Best Picture trophy — the biggest award of all — honors producers, who are typically obscure to the mass public.
This is a throwback to the Academy’s roots in the Hollywood of the late silent era, when producers were the most important people in the film industry. (That description would largely hold true, give or take a particularly prominent director, until the 1960s and ’70s.)
Think of Gone With the Wind, which for a long time held the record for winning the most Oscars. The film was directed by Victor Fleming, who actually replaced original director George Cukor. But it was producer David O. Selznick who made adapting the novel into his passion project and brought the film to the screen, where it became the biggest box office success of its era (it’s still the biggest of all time when adjusted for inflation). Thus, it was Selznick who took home the Best Picture trophy (via his Selznick International Pictures company).
Modern films often have dozens of producers — some of them do little more than help secure funding, or otherwise facilitate production — so the Academy has instituted a couple of regulations. To win, a producer must have a “producer” or “produced by” credit on the film, and only the three producers who have done the most work to make the film (as determined by the Academy) are nominated. These rules were instituted in the wake of five producers winning for Shakespeare in Love in 1999.
However, if you look at the 2018 Oscars ballot, you’ll notice that several films have more than three producers nominated — and one, Darkest Hour, has five.
The explanation is simple: A team of two producers who are credited as a team and work closely together count as one producer, from the Academy’s point of view. So, ultimately, three two-person teams could be nominated, allowing for a maximum of six nominees per film.
In the modern era, producers are no longer the most important people on a film set. Nowadays, that distinction goes to the director. But just what does a director do? And what does it mean to win the Best Directing category?
The answer to this question isn’t necessarily intuitive, because the popular definition of “director” is just “the person who’s in charge on a movie set.” And that’s not wrong, but it also doesn’t really dig into what a director does beyond bossing people around.
The simple answer is that in the ’60s and ’70s, the director replaced the producer as the most important person working on a film, in the minds of people in the industry. (Many proponents of auteur theory would argue the director had always been the most important person working on a film, and it simply took Hollywood a really long time to realize as much. But that’s neither here nor there.)
The director is responsible for the overall look, feel, and tone of a film. And assuming she has final cut, she’s the ultimate decider, on everything from script notes to the edit that’s released to theaters. (Yes, the film studio will have some say in this, but the studio doesn’t win the Oscar.)
What makes the job difficult to describe, ultimately, is that different directors approach the job in different ways. Oscar-winning director William Friedkin has argued the most important part of a director’s job is assembling the right cast and turning them loose. Robert Altman (director of M. A. S. H. and Nashville, among others) assembled huge ensemble casts and allowed for ample room for improvisation and exploration. British director Mike Leigh (of the recent Mr. Turner) comes up with his scripts in conjunction with his actors, who improvise until they’re happy with the screenplay, and then begin shooting.
But the most basic part of a director’s job is making calls about what the film will look like. Because film is a visual medium, images are incredibly important, and great directors have immediately recognizable, signature styles. Think of, say, the many times Steven Spielberg has filmed characters staring at something in wonder, or the many times Martin Scorsese has employed bravura tracking shots that follow a character through his or her native environment.
Watch enough films by the same director, and you’ll see these little visual calling cards sprinkled throughout. It’s a big part of why directors are often considered the “authors” of their films — and why the prize for directing is generally considered the second biggest award of Oscar night. 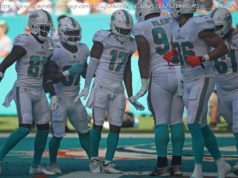 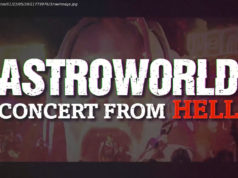 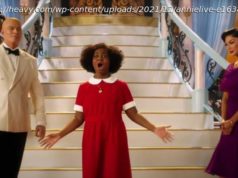