A 21-month-old girl whose mother was killed while crossing a boulevard in Florida during an illegal street race has died, police said. The…
A 21-month-old girl whose mother was killed while crossing a boulevard in Florida during an illegal street race has died, police said.
The girl, Lillia Raubenolt, was being pushed in a stroller by her mother, Jessica Raubenolt, of Jeromesville, Ohio, across Bayshore Boulevard near West Knights Avenue in Tampa early Wednesday when they were mowed down by a black Ford Mustang that police said had been racing side by side on the roadway against a gold Nissan.
Witnesses told the Tampa Bay Times the two cars reached speeds as high as 60 mph, but investigators were unable to confirm that. Other people on the scene also reported hearing the Mustang’s engine purr loudly just prior to the deadly crash.
Police announced Lillia’s death late Thursday, one day after Raubenolt was pronounced dead at Tampa General Hospital. The young mother and daughter were on vacation and took a walk along the busy roadway after days of rain, according to the Tampa Bay Times.
Raubenolt’s uncle, John Reisinger, said he forgave the three men facing charges in the fatal crash, including both drivers and a passenger in the Mustang.
“We’re praying for those young boys and their families,” John Reisinger told the newspaper. “We hope that something good will come of this foolish accident. That’s what Jessie would want.”
Raubenolt was remembered as a devoted mother who married her husband, David, in 2016 after meeting him while studying nutrition at Kent State University. Raubenolt was visiting Florida prior to the crash so her husband could get certified in Pompano Beach as a single-engine airplane pilot, according to the newspaper.
“She made a mark on this world that her death will not diminish,” Reisinger said. “The biggest tragedy is that more people didn’t know her.”
Cameron Coyle Herrin, 18, and John Alexander Barrineau, 17, who police said were behind the wheels of the Mustang and Nissan, respectively, are now facing two counts of vehicular homicide and street racing charges. Herrin’s brother, Tristan Christopher Herrin, 20, also faces a misdemeanor charge of street racing after investigators said they found no evidence that he tried to stop the street race or sought to get out of the Mustang.
All three men have been released after posting bail. They do not have criminal records in Florida, the Tampa Bay Times reports, citing law enforcement records.
A vigil will be held for Jessica and Lillia Raubenolt at 10:30 a.m. Saturday on Bayshore Boulevard and West Knights Avenue, WFTS reports.
Meanwhile, a GoFundMe account set up for Raubenolt’s relatives has raised more than $58,000 as of early Friday.
The City of Tampa also announced Thursday that the speed limit on Bayshore Boulevard will be reduced from 40 to 35 mph beginning as early as Friday to make the roadway safer for both pedestrians and vehicles. 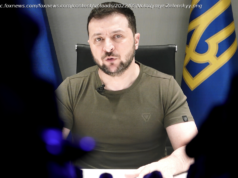 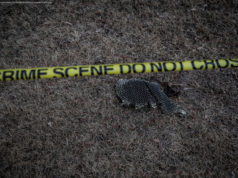 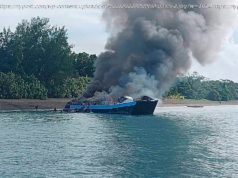 7 die in Philippine ferry fire; over 120 rescued from water