At first glance, there’s no similarities between “Claws,” “Legion,” “The Alienist,” “This Is Us” and “Black Mirror” episode “U. S. Callister…
At first glance, there’s no similarities between “Claws,” “Legion,” “The Alienist,” “This Is Us” and “Black Mirror” episode “U. S. Callister.” The challenges the actors and showrunners faced on these dramas were often miles apart, despite most of them being lumped into the same Emmys categories.
But in talking at TheWrap’s Actor/Actress in a Drama or Limited Series Panel at the Landmark Theatres in Los Angeles Thursday night, Niecy Nash, Aubrey Plaza, Daniel Brühl, Chrissy Metz and Cristin Milioti each explained why these dramatic roles pushed Hollywood to think of them differently.
“The industry was like ‘no, pumpkin, you’re funny, and that’s what you do.’ It took me a very long time to invite them to see me how I saw myself,” “Claws” star Niecy Nash told TheWrap’s Steve Pond. “I couldn’t get into certain rooms because they were like, ‘oh no, we know what she does.’” But that all changed when she appeared on the HBO drama “Getting On.”
“I got Emmy nominated and they went, ‘We didn’t know you could do THAT!” Right, I’ve been trying to tell you,” Nash said.
On “Claws,” a crime drama about women working in a Florida nail salon, Nash was able to tackle subject matter that would’ve normally been reserved for a man on a show like “The Sopranos.”
“For a black woman on the south side of 40 to be in a situation where she’s not married, she doesn’t have children, she’s very unapologetic in how she moves around, she has sex for her own pleasure,” Nash said. “I had not seen that woman who looked like me before on television in quite a while.
Aubrey Plaza is likewise very well known for her comedic work on “Parks and Recreation” and in an number of films. But Plaza went one step further in branching out, literally stepping into the role of a part originally written for a middle-aged man on “Legion.”
“It’s an opportunity for me to play lots of different characters in one and I thought that would be really challenging,” Plaza said. “I can’t tell you why [creator Noah Hawley] thought I could do that, but I thought it was interesting and if he would trust me to inhabit that character and create that character from nothing, that would be really interesting.”
Chrissy Metz already had the role of a lifetime as Kate Pearson in “This Is Us,” and she knew from the start it was one that Hollywood has rarely seen on screen.
“The fact that we’ve never seen a plus-size woman on a network television show who’s actually going through something and not the butt of the joke or the best friend, but the main character, a lead character with flaws and a really big heart, of course everyone wanted to audition for it,” Metz said.
But now as “This Is Us” has gotten even bigger in its second season, examining family issues like paternity, insecure concerns about weight and miscarriages, Metz has reached audiences in ways no one could’ve expected.
“I know so many women who said, I never knew how to talk to anybody about this,” Metz said. To speak to a woman you’ve never met before for who’s crying in your arms basically about understanding a miscarriage or something that they’ve gone through, it’s so much more than a television show and more than I could’ve ever dreamt.”
For Daniel Brühl, “The Alienist” was an opportunity for him to sink into a long running character arc in a way he hadn’t been able to with a film, but it also required him to demonstrate he could act as a Victorian-era New Yorker instead of just a brooding, 21 st Century German.
“I’ve been envious watching all these great shows the last few years, and I’ve just been waiting for the right thing to come,” Brühl said. “For me, I had to work a lot with a dialect coach to lose my German-ness, which took a couple of weeks and months and was important for me because I talk a lot in this show. I wanted to feel comfortable and at ease with that language.”
And though Cristin Milioti, who joined the panel via Skype, has jumped from comedies to dramas in her career, “U. S. Callister” allowed her to tap into both of her strengths.
“I sort of got to do two films at once, one a mumblecore, office film where I got to play the mouse, and then this incredible ‘Star Trek’ adventure where I got to play the hero,” Milioti said. “And I got the opportunity to explore so many different layers of this one person, which is what we all have.”
Again, everyone had distinct challenges and experiences on their show, but Milioti summed up perhaps the greatest challenge for the whole panel.
“The hardest part was it ending,” Milioti said. “Roles like that are so special. Casts like that are so special. I cried like an absolute baby on the last day, because I knew how exciting that was to be a part of. That was the hardest part. I knew we would never get to go back and do that again.”
Watch a video from TheWrap’s Actor/Actress in a Drama or Limited Series panel discussion above.
Read original story How the 2018 Emmys Actor and Actress Hopefuls Beat Hollywood’s Expectations (Video) At TheWrap 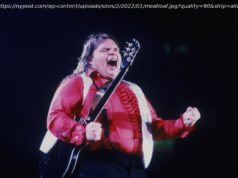 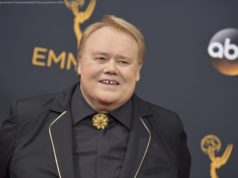 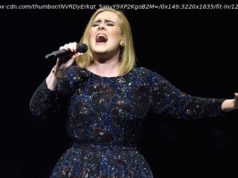