Iranian leader Ayatollah Ali Khamenei listed a set of conditions Thursday he says European powers must comply with in order to continue the 2015 nuclear deal.
May 24 (UPI) — Iranian leader Ayatollah Ali Khamenei on Thursday listed a set of conditions he says European powers must comply with in order to continue the 2015 nuclear deal.
Warning that his country would start its nuclear activities if Europe fails to provide guarantees, the Iranian leader said Tehran couldn’t rely on the 2015 Joint Comprehensive Plan of Action or the Europeans for their economy.
“During the last two years, the United States violated the JCPOA several times, and Europe remained silent. Europe must compensate for that silence,” Khamenei said in a speech.
The Iranian leader deemed the continuation of the nuclear agreement possible only if European leaders provide six concrete guarantees — including a promise not to take issue with Iran’s ballistic missile program and guarantee Iranian oil is “completely sold.”
“If the Europeans linger over our demands, Iran has the right to resume its nuclear activities,” Khamenei said. “When we see that the JCPOA was useless, one way forward is to restart those halted activities.”
Khamenei’s remarks came after German Chancellor Angela Merkel and Chinese Premier Li Keqiang vowed to stand by the multilateral agreement Thursday.
President Donald Trump withdrew the United States from the agreement earlier this month — calling it “defective at its core” and “one of the worst deals in history” — and left in question its viability for Europe going forward.
Noting that the deal was “far from ideal,” Merkel said the alternatives are “even less stable.”
“That is why we will continue to respect this agreement,” she added, saying some European companies would ultimately pull out of Iran due to U. S. sanctions.
U. S. Secretary of State Mike Pompeo said this week the United States will place the “strongest sanctions in history” on Tehran — adding the “sting of sanctions” will only become more painful for Iran’s economy.
The Obama -era pact was also negotiated and approved by China, Russia, Germany, France, Britain and the 28-member European Union. Under the deal, Iran agreed to eliminate its stockpile of medium-enriched uranium, cut its stockpile of low-enriched uranium and reduce its number of gas centrifuges. In exchange, decades-old economic sanctions would be lifted.
European leaders have since prepared a united front to continue the deal without U. S. involvement. The European Commission last week launched a formal process to activate a “blocking statute” by updating the list of U. S. sanctions on Iran within its scope.
The statute, created in 1996 to evade the U. S. embargo against Cuba, would be remodeled to reflect the Iran-related sanctions reinstated after Trump abandoned the nuclear deal. 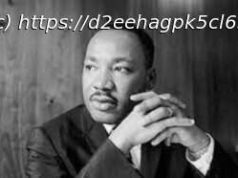 Martin Luther King on the Ethics of Resistance to State Authority 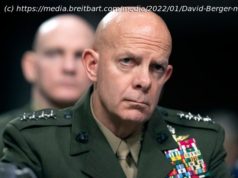 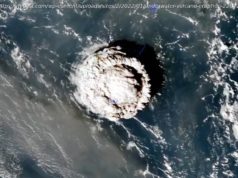