President Donald Trump has posthumously pardoned boxer Jack Johnson, the country’s first black heavyweight champion. Johnson died in North Carolina.
Jack Johnson, the flamboyant, cigar-chomping, heavyweight champion won a long-sought pardon from President Trump Thursday, a posthumous reprieve for a crime tinged with racist attitudes of his day.
The president’s decision resonates in the Triangle because Johnson, a trailblazing fighter who rose to fame unthinkable for a black man during the Jim Crow era, died in a segregated Raleigh hospital — 25 miles from a car crash scene where he was refused aid by a white ambulance driver.
Trump’s decision reportedly came at the urging of Sylvester Stallone, the actor who portrayed the boxer, Rocky, in numerous films.
“His trials and tribulations were great, his life complex and controversial,” Trump wrote in an April tweet. “Others have looked at this over the years, most thought it would be done, but yes, I am considering a Full Pardon!”
Johnson, born in Texas, generated resentment for his success, which he celebrated with expensive cars and other luxuries, also ruffling white feathers in the early 20th century by dating white women.
His 1910 victory over white boxer James Jeffries, dubbed the “Great White Hope,” stirred race riots.
But equally prominent in the fighter’s history is his arrest after he had a relationship with an alleged prostitute, an arrest thought to be racially motivated.
In 1913, an all-white jury convicted him of violating the Mann Act, which prohibited transporting women over state lines for immoral purposes. Johnson had driven his white girlfriend Belle Schreiber, who had worked as a prostitute.
But critics of the Mann Act have long argued that it was applied to blacks or as a political weapon more than out of morality or law.
Stallone, heavyweight champion Deontay Wilder and Johnson’s great-great niece Linda Bell Haywood joined Trump in the Oval Office Thursday.
Seven decades later, Jack Johnson remains a towering figure in both sports and civil rights, an icon who turns up in rap songs, comic books and a gag line from Ron Burgundy in “Anchorman.”
The life of “The Galveston Giant” inspired a Tony-winning play, a movie starring James Earl Jones, and a documentary by Ken Burns, master of the slow zoom.
But those works gave scant mention to the champion’s final hours after a crash in Franklin County.
“My daddy heard it from the barbershop and came running,” said Joe Cutchins Jr., a funeral director in Franklinton, a Franklin County town. He spoke to The News & Observer for a 2017 story about Johnson.
“He was the undertaker in town, and as they carried Jack away, he wrote this epitaph: He drove too far, too fast, too long.”
The road now known as South Main Street presents a driver with several curves and dips, which Johnson’s Zephyr took at an estimated 80 mph. Many accounts, including Cutchins’, portray Johnson as driving fast and furious because he was refused seating at a nearby diner, though biographer Wayne Rozen told The News & Observer in 2011, “That may have happened, but those reports have never been substantiated.”
Whatever the driver’s motivation, the car struck a light pole just beyond Evergreen Cemetery. Cutchins, who hangs a wreath on that pole each year, pointed to the hill across the road where his father, the undertaker, came running in time to hear the wounded champ say, “I’ll be all right.”
Funeral homes provided ambulance service in those days, and Franklinton’s white funeral home refused to carry Johnson. So Cutchins’ father dispatched an employee, Kenneth Mangum, to drive Johnson to Raleigh in his big Packard hearse. Fred Scott, Johnson’s hired man in the car, had to stay in a closet in an all-white hotel, Cutchins said.
“I feel like my family’s part is my connection to boxing history,” said Cutchins last year. He has lost track of the stretcher used to lift Johnson but still keeps a photograph of the Hearse. “Most of the youth around here don’t know anything about it.” 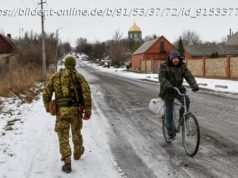 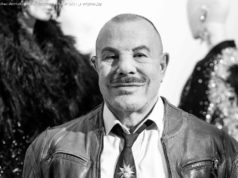 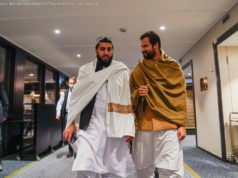