Trump told reporters at the White House Tuesday there’s “a very substantial chance” the June 12 summit with North Korean leader Kim Jong Un won’t take place.
President Trump lately has juggled three related international challenges perilous enough to test the deftest diplomat. Suddenly he’s at risk of fumbling all three.
His nuclear summit with North Korea may not happen, his trade confrontation with China has yielded little, and his decision to scrap the Iran nuclear deal has not produced a realistic path toward a new one. If the president possesses the deal-making skills he touts, he has succeeded mostly at concealing them.
Trump portrays the scheduled June 12 summit as the result of his threats to destroy North Korea if Kim Jong Un won’t abandon nuclear weapons. He revels in talk by South Korean President Moon Jae- in that he deserves a Nobel Peace Prize for pushing North Korea to denuclearize, resolving an issue that stymied his predecessors.
But North Korea has now publicly made clear it won’t summarily surrender the weapons program that assures Kim’s survival in power. Specialists in the region say it never intended to, that South Korea’s Moon exaggerated the North’s willingness to deal and lavished praise on Trump to lure the truculent U. S. president into bargaining.
“It is an open secret in Korea that this was just flattering Trump to prevent him from starting a war,” Robert Kelly, a political scientist at Pusan University in South Korea, wrote on Twitter. “No one actually believes it. Trump actually drove South Korea to the table, not North Korea.”
White House aides — after creating commemorative coins depicting Trump and Kim as peers — have recognized that Trump may not find the diplomatic triumph he craves. Meeting with President Moon at the White House today, Trump told reporters there’s “a very substantial” the June 12 summit won’t take place.
If Trump scuttles the trip, that would cast his talks with China in an even less flattering light. While pressing China for concessions on trade, Trump has signaled he would take into account Beijing’s cooperation in pushing its North Korean neighbors to compromise.
No breakthroughs have emerged on either front. After high-level meetings in Beijing and Washington, Treasury Secretary Steven Mnuchin declared the trade war “on hold.” The administration suspended implementation of $150-billion in tariffs that it announced in an attempt to pressure China for concessions.
Trump has made the most conspicuous concession so far, softening U. S. sanctions against the Chinese telecommunications giant ZTE. China has vowed only to purchase more American agriculture and energy products — without committing to any specific amounts.
Rival factions within the administration – one seeking to escalate conflict with China, the other to tamp it down – undercut the White House negotiating stance. Asked today if he’s pleased with the talks, Trump acknowledged, “No. Not really.”
Trade specialists say America needs concerted pressure from major allies to change China’s economic behavior. On Iran, his third big international challenge, Trump has made such cooperation more difficult.
Trump scuttled the Iran nuclear agreement over opposition from the leaders of Britain, France and Germany, who had negotiated it in tandem with then-President Barack Obama. Even as those leaders aim to preserve the deal by themselves, the administration vows to restore U. S. economic sanctions on companies from their countries, too.
The White House insists it wants a new, improved Iran deal eliminating threats from Tehran beyond those nuclear weapons would pose. Secretary of State Mike Pompeo has laid out a list of negotiating demands, including that Iran ceases support for militant groups throughout the Middle East.
“If anyone – especially the leaders of Iran – doubt the president’s sincerity or his vision, let them look at our diplomacy with North Korea,” Pompeo said yesterday.
The shaky status of diplomacy with North Korea makes that a double-edged comparison. British Foreign Secretary Boris Johnson suggested Pompeo’s demands were no more quickly achievable than Trump’s call for immediate denuclearization in North Korea.
“At some point all-or-nothing diplomacy in which demand is piled upon demand morphs into a policy of regime change,” Richard Haass, a senior foreign policy aide under President George W. Bush, wrote on Twitter. “That is where the Trump administration seems to be heading with North Korea and Iran. We will likely end up with neither peaceful outcomes nor regime change.” 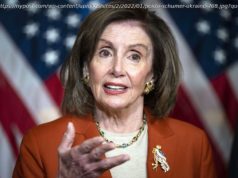 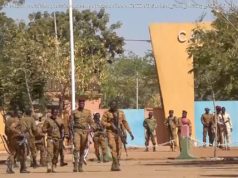 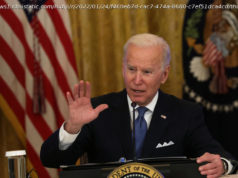