Many Irish are returning from abroad to decide whether the country will loosen its ban on most abortions.
DUBLIN – Voters throughout Ireland have begun casting votes in a referendum that may lead to a loosening of the country’s strict ban on most abortions.
The referendum Friday will decide whether the eighth amendment of the constitution is repealed, which would open the way for more liberal legislation.
The amendment, in place since 1983, requires authorities to equally protect the right to life of a mother and that of a fetus, from the moment of conception.
Prime Minister Leo Varadkar tweeted his support for the bill before a moratorium on campaigning took effect Thursday. He urged people to vote “yes” in favor of repeal.
Many Irish citizens are returning from abroad to vote Friday. The are checking in on Twitter with a #hometovote hashtag.
Constant cheers of welcome at Dublin airport arrivals #hometoveote #Repealthe8th #Together4Yes pic.twitter.com/0pyZowyE1y
— Ian Hussey (@ianhussey) May 24,2018
Results are not expected until Saturday afternoon or evening. Voting has already taken place on islands so that paper ballots can be taken to the mainland and counted in time.
There was good weather Friday morning in the capital, Dublin, and much of the country, a factor that could help the “yes” forces in favor of repeal get the heavy turnout they seek.
“Yes” campaigners were handing out stickers at several major pedestrian crossroads Friday morning. Many people voted on their way to work and sported “I voted” buttons.
They didn’t sway Vera Rooney, who voted in favor of keeping the ban in place.
“It is a hard decision but I just feel I don’t have the right to take life. I think life is sacred and for that reason I had to vote no,” said Rooney, who voted early Friday at the North Grand Church polling station in Dublin.
“Trust Women” was scrawled on the pavement outside the polling station in Dublin as voting opened. An opponent of the abortion clause repeal wrote: “Mama, save me, I love you.”
Letters to the editor published Friday in the Irish Independent newspaper contained emotional arguments urging voters to reject the repeal movement.
“If we vote ‘yes’, every unborn, wanted and unwanted, will have zero rights,” wrote Frances Kelleher, from Killarney. “I do not believe the smart people of Ireland want this unrestricted, abortion-on-demand bill. I will be voting no.”
If citizens vote in favor of repeal, new abortion laws will then be discussed in parliament. The government proposes that terminations be allowed during the first 12 weeks of pregnancy. Later abortions would be allowed in special cases.
Send questions/comments to the editors. 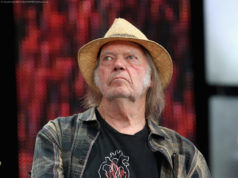 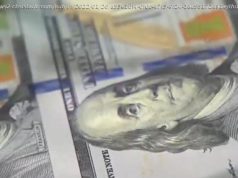 Russian media try to convince citizens they live in 'the most...