Bethesda’s Fallout Shelter mobile game and the mobile incarnation of the popular AI-with-consciousness TV show share a developer, and the former is crying foul over potential copyright infringement.
In a surprising twist of events, Bethesda Softworks this week sued Warner Bros. over alleged copyright infringement in the creation of the newly-released Westworld mobile game, claiming it not only borrows heavily from Fallout Shelter but also uses the same code as the game.
The Westworld mobile game, available on both Android and iOS, allows players to manage a virtual replica of the titular theme park from the TV show, and also boasts an underground facility that may look a bit like the vault from Fallout Shelter .
Debates over inspiration aside (which can be argued away), Bethesda’s lawsuit includes an even stronger claim. Both Fallout Shelter and the Westworld game share a developer: Behaviour Interactive. Bethesda alleges that alongside taking copious amounts of inspiration from its title, Behaviour also reused game assets and code when coming up with a video game adaptation of HBO’s hit series.
In court filings submitted to a Maryland District Court, the publisher called the Westworld game a blatant rip-off and stated,
As proof, Bethesda points to the fact that certain bugs found earlier on in the development of Fallout Shelter – which were fixed before release – can also be found in the Westworld game.
The publisher of household names like Fallout, The Elder Scrolls, DOOM and many other games is seeking an unspecified amount in damages from Warner Bros., and also looking to have the game removed from both app stores.
Source: GMG Editorial via Kotaku 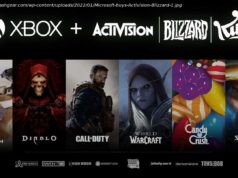 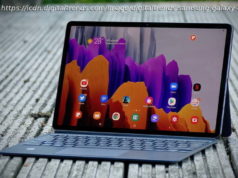 Samsung Galaxy Tab S8: Everything we know so far 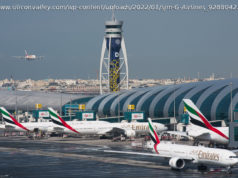 Airlines cancel some flights after limited 5G rollout in US