KANSAS CITY, Kan. (AP) — A 30-year-old inmate was charged Friday with capital murder in the shooting deaths of two Kansas sheriff’s…
KANSAS CITY, Kan. (AP) — A 30-year-old inmate was charged Friday with capital murder in the shooting deaths of two Kansas sheriff’s deputies who were overpowered by him while they were trying to move him between a courthouse and jail.
Wyandotte County District Attorney Mark Dupree announced that his office charged Antoine Fielder with two counts of capital murder in the deputies’ deaths. In Kansas, the intentional, premeditated killing of a single law enforcement officer is eligible for the death penalty.
“We will do our best to bring justice,” Dupree said during a news conference.
Wyandotte County deputies Patrick Rohrer and Theresa King were killed June 15 when, according to police, they were apparently overpowered by Fielder in a gated area behind the courthouse in Kansas City, Kansas, possibly with one of their own guns. He was being transported between the jail and courthouse for a hearing in another case.
“He then overpowered one of the deputies and caused the incident that ultimately caused us to charge these crimes,” Dupree said.
Dupree also charged Fielder with one count of aggravated robbery over the June 15 incident. The charge says only that Fielder took property from Rohrer “by force or threat,” without mentioning a gun.
Rohrer, 35, died shortly after the shooting and King, 44, died the next day at a hospital. A joint funeral service was Thursday.
Fielder was shot but survived. Dupree said his office has no reason to believe that Fielder had any help.
Fielder has an extensive criminal history.
Fielder was tried twice for the June 2015 killing of 22-year-old Kelsey Ewonus, a single mother of a 1-year-old son whose body was found in a parked car in Kansas City, Kansas. But the murder charge was dropped in September after a second trial ended in a hung jury.
Authorities allege that Fielder then fatally shot 55-year-old Rosemarie Harmon in December in Kansas City, Missouri, and wounded her friend. Ballistics testing on a gun stolen during a carjacking in Kansas City, Kansas, earlier in December tied him to Harmon’s slaying.
At the time that the deputies were shot, Fielder already was facing a first-degree murder charge in Jackson County, Missouri, in Harmon’s death as well as multiple charges in Wyandotte County in the carjacking.
Online court records don’t list an attorney for Fielder.
He could face charges for additional crimes.
According to court records filed in Harmon’s killing, Fielder bragged to a woman whom he allegedly held at gunpoint that he had killed four people. The court records don’t provide details about those alleged crimes, but Jackson County Prosecutor Jean Peters Baker has said the claims are “under investigation.”
Dupree has said that prosecutors did “everything we could to prove to a jury that he was guilty” of killing Ewonus. The charges against Fielder in Ewonus’ killing were dropped in such a way that they could be refiled if new evidence arises.
Ewonus’ father, Kent Ewonus, told WDAF-TV in an interview that he “knew without any doubt” when Fielder was freed that he would kill again.
“I think I am disgusted with a system that would allow such an evil individual to be out on the streets,” he said. 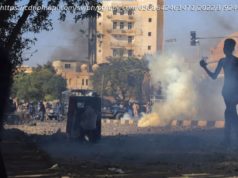 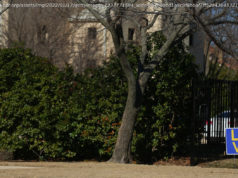 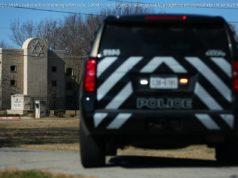