Get to know Andrew Gillum, the democratic nominee for governor of Florida.
Andrew Gillum, 39, is just one election away from potentially becoming the next governor of Florida. Rick Scott ‘s seat is open, and it’s down to Democrat Gillum and his opponent, GOP Rep. Ron DeSantis, 39, to duke it out for the governorship in the 2018 midterm election. Learn more about Gillum, his political career, and his platform before he could easily become the first black governor of Florida!
1. He’s running on a significantly progressive platform. Per Gillum’s official website, he’s “running for Governor so that Florida can finally confront the challenges we’ve shrunk from over the past 20 years: rebuilding our economy, revitalizing public education, protecting and expanding healthcare access, and addressing our climate change crisis with a clean energy economy.”
2. He’s currently the major of Tallahassee, Florida. Gillum was born and raise in Florida, went to college in the state, and began his political career there. After becoming the youngest City Commissioner of Tallahassee at 23, he rose the ranks to getting elected as the mayor of city in 2014.
3. His win is a major upset. Gillum’s primary win was unexpected, as he was running for the Democratic spot against centrist former Florida Rep. Gwen Graham. Nobody thought this young mayor would make it to the midterms! The progressive candidate is now in a race to lead one of the biggest states in the country, also one of the top political battlegrounds in 2018.
4. Donald Trump is not a fan. The president, of course, endorsed Gillum’s opponent, DeSantis. He happens to be the man with bizarre campaigns showing him tearing down a lego “wall” with his baby, reading her excerpts from The Art of The Deal, and teaching her how to say Make America Great Again. Lovely! Trump reacted to Gillum’s primary win by calling him a “failed socialist mayor,” despite the fact that Tallahassee is..not failing. “Not only did Congressman Ron DeSantis easily win the Republican Primary, but his opponent in November is his biggest dream….a failed Socialist Mayor named Andrew Gillum who has allowed crime & many other problems to flourish in his city. This is not what Florida wants or needs!”, the president tweeted following the win.
5. He was endorsed in his campaign by Bernie Sanders. Delaware senator Bernie Sanders campaigned for Gillum, much to the chagrin of Trump. The former presidential candidate said in a statement following Gillum’s primary win that he had “laid out a vision for a new course for the state of Florida and our country.” Gillum was also endorsed by billionaire donor Tom Steyer, who called his win “further proof that when Democrats put forward candidates that tell the truth and embrace a bold vision for the future, they win.” 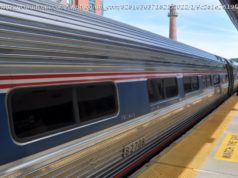 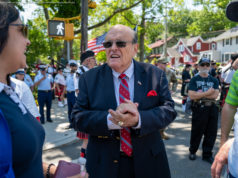 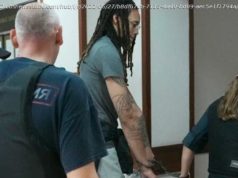