Strong storms moved across Lake Superior before dawn Friday, hampering search efforts.
APOSTLE ISLANDS – Three small children and their father were found dead in Lake Superior Friday after the family’s kayak capsized near the Apostle Islands.
Rescuers found the children’s mother alive, in the water near the island chain’s Michigan Island, according to Wisconsin’s Ashland County Sheriff’s Office .
The woman told police the kayak they had been in overturned sometime late Thursday. She was able to send text messages to a relative, who alerted authorities.
“A preliminary statement from the mother indicated that the family’s kayak had capsized between Stockton and Michigan islands, and she became separated from her husband and children. All of the family were wearing life jackets,” said the statement from Sheriff Michael Brennan.
The children were between the ages of 3 and 9, according to the U. S. Coast Guard. Authorities described the parents as experienced kayakers who were frequent visitors to the island, according to CBS’s Channel 3.
At the time their kayak capsized, weather conditions were calm with one-foot waves. Lake Superior water temperatures there were in the 60s, authorities said.
The family had been vacationing on Madeline Island – the largest of the 21 islands in the Apostle Island chain in Lake Superior. The islands are part of a national park in northern Wisconsin and sit west of Michigan’s Porcupine Mountains Wilderness State Park shoreline.
Sheriff’s officials said they were alerted to the capsizing around 8:30 p.m. Thursday when the woman’s sister called authorities to say she’d received “alarming text messages reading ‘911’ and ‘Michigan Island.’ “
Police learned the family had left Madeline Island earlier that day and had planned to tour the Apostle Islands.
Local authorities joined the search, along with the Coast Guard, National Park Service, the Wisconsin Department of Natural Resources and a U. S. Geological Survey boat that was in the area.
The research vessel found the mother about 10 p.m., who was alive in the water on the west side of Michigan Island.
The father and two of the children were found dead in the water after midnight, police said.
Strong storms moved through the area, hampering search efforts. The third child’s body was found about 10 a.m today.
The family’s names have not yet been released. 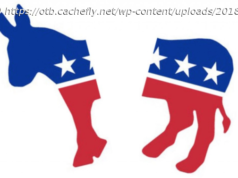 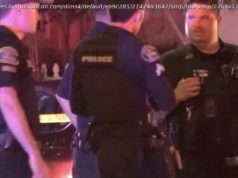 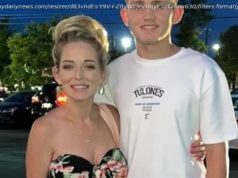