A work of art by the elusive street artist known as Banksy shredded seconds after it was sold at auction in London Friday.
A work of art by the elusive street artist known as Banksy self-destructed seconds after it was sold at auction in London Friday.
The artwork — a spray-painted canvas entitled “Girl With Balloon” — fetched $1.4 million just before the painting slid through a shredder and out of the bottom of its frame in fine strips.
The high bid matched an earlier record for the artist.
Banksy’s Instagram account featured a video from the auction house scene with a quote from Picasso reading “The urge to destroy is also a creative urge.”
He explained in the video that he had secretly built a shredder into the painting’s frame “in case it was ever put up for auction.”
RELATED: New Banksy piece addresses street art controversy
The video shows stunned viewers with mouths agape as the stunt is executed.
The artist — whose true identity has never been revealed — earned himself some new fans after the gavel went down.
“Never been a big Banksy fan, but this, this was genuis,” said Twitter user Trent Reinsmith.
“I’m generally not a fan of Banksy. Nothing about much of what he does strikes me as necessarily witty or original. But this is hilarious,” Greg Sharp said. @GregSharp.
Banksy loyalists were also impressed.
“This is my favorite thing he’s ever done. I like it more than any of the pieces,” said Evangeline Provost.
Banksy’s is known for a body of work that has criticized anti-migrant attitudes and the Isreal-Palestine conflict.
Sotheby’s senior director and head of contemporary art Alex Branczik conceded the artist had successfully pulled off the stunt.
“It appears we just got Banksey-ed,” he said.
It’s unclear who the buyer is and whether they’ll take home the shredded at work.
Branczik claimed to have no prior knowledge of the prank.
He praised Banksy calling him “arguably the greatest British street artist” and saying “tonight we saw a little piece of Banksy genius,” according to The Art Newspaper.
The iconic image of a child reaching up to a balloon is a replica of a work that was first stenciled on a wall in east London.
Sotheby’s said it is working to determine “next steps” regarding the artwork.
“We are busily figuring out what this means in an auction context,” Branczik said.
Some experts speculated that the artwork’s value would increase exponentially following the ruse.
With News Wire Services 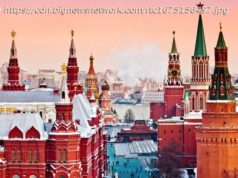 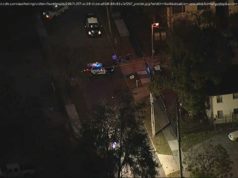 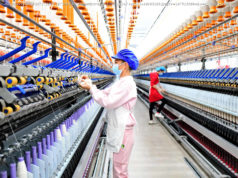