In what is being dubbed the strongest earthquake to rock the country since 2010 Haiti was jolted by a powerful magnitude 59 earthquake on Saturday
PORT-AU-PRINCE, Haiti – In what is being dubbed the strongest earthquake to rock the country since 2010, Haiti was jolted by a powerful magnitude 5.9 earthquake on Saturday night.
The quake struck the northernmost tip of the Caribbean Island at 8.11 pm on Saturday night.
According to an alert issued by the U. S. Geological Survey (U. S. G. S.), the quake struck about 12.3 miles (20 kms) west-northwest of the port of Port-de-Paix and was 7.3 miles below the surface.
Local officials and the media said that there were immediate reports of damages and injuries from the quake on Saturday night.
A short while after the quake, the country’s civil protection agency issued a statement saying several people had suffered injuries and were rushed to hospitals.
It said that the injuries were largely minor and the victims were undergoing treatment.
According to the Directorate of Civil Protection, houses were destroyed in the coastal city of Port-de-Paix and in the towns of Gros Morne, Chansolme and La Tortuga Island.
The agency further added that some structures in the town of Plaisance, including the Saint-Michel church, suffered damages.
The quake was reportedly also felt in the capital city of Port-au-Prince and in the neighboring Dominican Republic.
A report in Haiti’s French daily newspaper, Le Nouvelliste said that three people were reported dead due to the impact of the quake.
Quoting a lawmaker, the report said that the first casualty emerged from the town of Gros Morne, where a person died after an auditorium collapsed.
Another death reportedly took place in Ile de la Tortue, while a third person died in a hospital in Port-de-Paix.
The report said that a police holding cell too had suffered damages, which forced law enforcement officials to release detainees.
Rescue teams, aid mobilized
In a bid to reassure citizens, Haiti’s President Jovenel Moise took to Twitter to urge people to remain calm.
The President’s statement came after the civil protection agency caused some panic in northern towns, after confirming injuries and damages from the quake.
Further assuring citizens that civil protection workers were on alert, Haiti’s President tweeted, “I urge the population to remain calm. The risk management system and the regional civil Protection directorates are on alert to assist the inhabitants of the affected areas.”
He later tweeted, “I am in constant contact with the PM Jean-Henry Ceant, who has to coordinate the relief operations. I asked him to mobilize all the resources of the Republic to help the People.”
Meanwhile, the Directorate of Civil Protection tweeted, “Civil Protection teams are hard at work across the country and especially in the North West, where two minor aftershocks have been felt ever since. The Directorate of Civil Protection invites people to keep calm and not to rely on rumors. It also confirms that no tsunami warning has been issued in connection with this earthquake.”
Later, the Prime Minister Jean-Henry Ceant said on Twitter, “All my sympathies to the victims. The executive at the highest level is mobilized.”
He added in a subsequent update, “A great delegation in charge of the police, and army are already on their way to the help victims in the areas affected.”
Shocking rise in toll
Hours after the quake, Le Nouvelliste reported that the death toll had risen to 11, and added that hundreds of people had suffered injuries, however, there was no confirmation on the toll from officials.
The report quoted the Secretary of State for Communication as saying that seven deaths had been recorded in the North-West Department and about seven others were injured in Port-au-Prince.
Further, citing a partial balance sheet, the report said four people suffered injuries and four others were killed following the quake in Gros Morne.
It also stated that the Prime Minister had convened an emergency meeting, putting together a team consisting of Ministers from various departments, including Public Works, Interior, Public Health, Social Affairs, Environment, Defense and Justice.
The team also included the Secretary of State of Communication and the Secretary-General of the Council of Ministers.
Efforts were believed to be focused on clearing the rubble in towns that had suffered massive structural damages.
Further, the Ministry of Public Health planned to start distributing health kits in all the area affected by the quake.
Saturday’s earthquake was said to be the strongest one to strike the impoverished Caribbean country since 2010, when a devastating magnitude 7.1 quake shook the island and caused over 50 aftershocks.
The powerful quake lasted a minute and struck near the capital of Port-au-Prince.
It destroyed up to 100,000 buildings, killing an estimated 250,000 people and leaving at least 300,000 others injured. 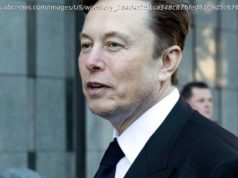 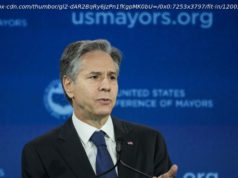 The balloon thing is a bad sign for US-China relations 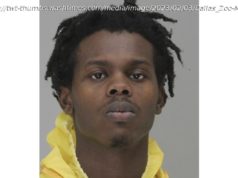 Man accused of stealing monkeys charged in other incidents at zoo