Porn star Stormy Daniels opened up to The Cut about how her allegations about Trump have impacted her life.
Stormy Daniels continues to speak out — and be an open book.
The stripper, who alleges that she had an affair with Donald Trump back in 2006 before he was president, appears in the latest issue of New York Magazine’s The Cut, where she discusses her alleged tryst with Trump and being a powerful woman. In the accompanying photo shoot, Daniels appears topless in a series of black-and-white photographs shot by Amanda Demme.
“People think that is defines my life,” Daniels said of her claims about the president. “But in all honesty, it was just 12 hours of it. It’s annoying, because I’m so much more than that, and that’s all I’ll be known as.”
“I wrote and directed all these great movies, I’ve directed music videos, but it’ll just overshadow all of that,” she added. “Years ago, I was struggling to get funding for a mainstream horror movie that I wrote. I’d get meetings, like for instance from a professional athlete who was super excited about it, but two days later they’d call back and say their manager wouldn’t let them write a check to a porn star ‘because everyone will think you f—ed her.’ Now I wonder if somebody gives me money, it will be because of this. I don’t want the other parts of my life to be successful because of this.”
Daniels also explained that before her alleged affair became public knowledge and created a massive scandal, she would sell-out all of her shows at strip clubs. Once the story came out, though, she struggled to get people into seats. Then, she saw her audience change to big groups of anti-Trump women with “homemade” Stormy Daniels t-shirts. There were also those who just wanted to meet her because she apparently slept with a future president.
“I went ten years without even thinking about it,” she said of the reported encounter with Trump. “It was funnier when he wasn’t the president. Now it comes with this undeserved prestige. I actually have Trump supporters come out and get pictures and autographs and just be like, ‘I just want to meet the lady that he picked to have sex with him.’ I’m like, ‘What’s wrong with you?'”
Read Stormy Daniels’ full interview with The Cut here . 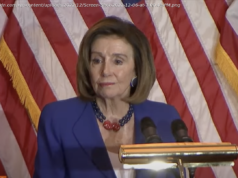 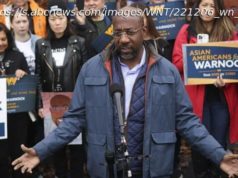 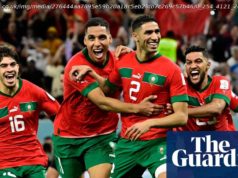