Prosecutors say President Trump organized illegal payments to two women during the presidential campaign. Now they want to know if he and Mr. Cohen acted alone.
When federal prosecutors recommended a substantial prison term for President Trump’s former lawyer, Michael D. Cohen, they linked Mr. Trump to the crimes Mr. Cohen had committed in connection with the 2016 presidential campaign.
What the prosecutors did not say in Mr. Cohen’s sentencing memorandum filed on Friday, however, is that they have continued to scrutinize what other executives in the president’s family business may have known about those crimes, which involved hush-money payments to two women who had said they had affairs with Mr. Trump.
After Mr. Cohen pleaded guilty in August to breaking campaign finance laws and other crimes — he will be sentenced on Wednesday — the federal prosecutors in Manhattan shifted their attention to what role, if any, Trump Organization executives played in the campaign finance violations, according to people briefed on the matter.
Mr. Cohen, Mr. Trump’s self-described fixer, has provided assistance in that inquiry, which is separate from the investigation by the special counsel, Robert S. Mueller III.
In addition to implicating Mr. Trump in the payments to the two women, Mr. Cohen has told prosecutors that the company’s chief financial officer was involved in discussions about them, a claim that is now a focus of the inquiry, according to the people, who spoke on the condition of anonymity because the investigation is ongoing.
Mr. Cohen has told prosecutors that he believes Mr. Trump personally approved the company’s decision to reimburse him for one of the payments, one of the people said.
Neither the chief financial officer, Allen Weisselberg, nor any other executives at the Trump Organization have been accused of wrongdoing and there is no indication that anyone at the company will face charges in connection with the inquiry.
But in recent weeks, the prosecutors contacted the company to renew a request they had made earlier this year for documents and other materials, according to the people. The precise nature of the materials sought was unclear, but the renewed request is further indication that prosecutors continue to focus on the president’s company even as the case against Mr. Cohen comes to a close, the people said.
At the time of the payments to the two women, Mr. Trump was the head of the company, and although he turned over its management to his elder sons, he still owns it through a trust. While the prevailing view at the Justice Department is that a sitting president cannot be indicted, the prosecutors in Manhattan could consider charging him after leaving office. It is also possible the prosecutors could seek his testimony before he leaves office if they continue the investigation into anyone else who might have had a role in the crimes, a person briefed on the matter said. 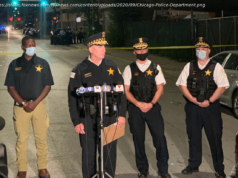 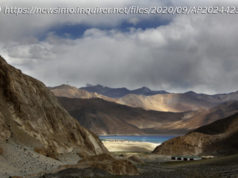 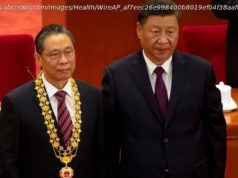