A small moment of anger pushed Grammy-winning artist Gary Clark Jr. to create the unapologetic, seething song "This Land." The singer and guitar
A small moment of anger pushed Grammy-winning artist Gary Clark Jr. to create the unapologetic, seething song “This Land.”
The singer and guitar prodigy grew up “right in the middle of Trump country” in Austin, Texas, where he experienced regular instances of racism. In an interview with the Rolling Stone, Clark talks about instances of people writing the n-word on the fence outside his house, shoving dog feces in his mailbox, or putting the confederate flag over his face.
It wasn’t until last year that his anger over how he was being treated hit a boiling point.
In an interview on All Things Considered, Clark told NPR’s Michel Martin that a neighbor came up to him last year and asked who lived on the 50-acre property that Clark had bought in Austin with his wife Nicole Trunfio to raise their two children.
“I do,” Clark responded.
“There’s no way you can live here,” the neighbor responded.
His neighbor didn’t believe him, he said, and insisted on speaking with “the homeowner,” despite Clark repeatedly insisting, “This is my house.”
The whole time, Clark’s 3-year old son was watching, and later asked, “Daddy, why is he so mad?”
Clark said he usually keeps his mouth shut in these types of situations, but his anger continued to bubble up, until it finally overflowed in the studio.
“I’m sitting in the booth and I didn’t write it down. I just kind of freestyled and let this thing go,” he said. “Everybody kind of took a breath after I’d done the take and I just sat on it.”
The first reaction came from Jacob Sciba, Clark’s engineer turned co-producer, who said, “It’s angry, I don’t like hearing you angry.”
Clark doesn’t like being angry either.
But in his latest album, This Land, he wanted to be honest about his feelings.
“That’s what came out as a result of you know, life being black in this country, in this world, unfortunately,” he said.
Racially charged headlines starting from the 2016 presidential election onward — such as Charlottesville, Colin Kaepernick, or police brutality — all festered in Clark’s mind, he said, so the incident with his neighbor opened the floodgates to think about racism in America. 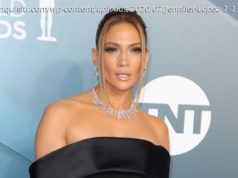 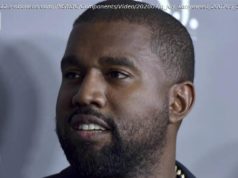 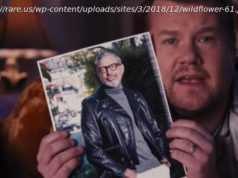 “Thank You, Jeff”: This James Corden Parody Song About Jeff Goldblum Is HILARIOUS!