Bodexpress bucked his jockey right out of the gate but kept going and crossed the finish line at the Preakness.
BALTIMORE — Unencumbered by a jockey and suddenly free to run wherever he darn pleased, Bodexpress decided to take a shot at winning the Preakness.
Taking one of the most memorable trips in the 149-year history of Pimlico Race Course, Bodexpress followed the leaders without a rider on board and at one point appeared to be a contender in the 13-horse race.
“You’ve got to be careful because some of them try to win,” said trainer Bob Baffert, who saddled race favorite Improbable. “I’ve had horses that try to win. They actually run a great race sometimes.”
From the moment the frisky 3-year-old hopped from the gate, ejecting Hall of Fame jockey John Velazquez, craziness ensued. Running on his own in the second jewel of the Triple Crown, Bodexpress began his obligatory trip around the track, driven either by instinct or the desire to be part of the crowd.
Fortunately, Velazquez quickly rose from the dirt and scooted off the track without injury.
“When the doors opened, I was off right from the start. He kind of jumped sideways,” Velazquez said. “I had my feet out of the irons so I lost my balance then, I went off.”
There was an indication that things weren’t going right when Bodexpress veered left from the post parade instead of right, along with the other horses.
“He was just not behaving good in the gate. 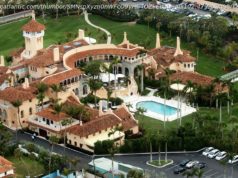 The Mar-A-Lago Raid Proves the U.S. Isn’t a Banana Republic 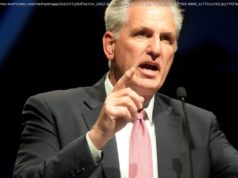 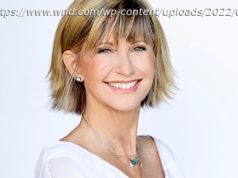