He was never all that lovable a figure, and he is hardly an exemplar of fine behavior off the course, but fans love golf’s past and current king.
FARMINGDALE, N. Y. — The crowds following Tiger Woods on the Black Course at Bethpage State Park this week looked more like a marauding army than a gathering of golf fans on a pleasant day. They trampled everything in their path and went under and over ropes designed to prevent them from doing exactly that. One fan even broke a fence trying to get a better view of Woods over the swarming masses.
To be fair, in the grouping with Woods at the P. G. A. Championship on Thursday and Friday were Brooks Koepka and Francesco Molinari, who have sizable fan bases of their own. But even their best shots — and Koepka had plenty of them, leading the field at 12 under par after Friday’s second round — were overshadowed by the roars elicited when Woods took a swing.
Young men wore red-and-black ensembles mimicking what Woods wears on Sundays and apparel with the stylized “TW” logo. At least three people wore full tiger costumes, including Sam Kerr, 26, of Newtown, Conn.
“This is an Amazon grab, but it is an investment,” said Kerr, who was watching Woods in person for the first time on Thursday. “I’ll have this every Sunday for the rest of my life.”
The continuing, perhaps even growing, love affair with Woods is one of the biggest stories in sports in 2019, especially after Woods won his 15th major championship, and his first in more than a decade, at the Masters last month. Yes, his talents and accomplishments have long been awe inspiring, but his dismissiveness toward fans and sometimes his fellow players over the years, as well as his personal troubles, have left him less than lovable.
And yet Tiger love thrives, seemingly a function of America’s infatuation with stories of redemption and its ability to compartmentalize personal failings and professional success.
“America is a country of divorce, rehab, drug abuse and D. U. I.s,” said Orin Starn, a professor of cultural anthropology at Duke University who has written a book about Woods. “People can identify with a lot of the things Tiger has been through.”
Television audiences still spike when Woods is on the leaderboard, and data from Luker on Trends, which conducts the ESPN Sports Poll, shows his popularity tracks almost exactly with his golfing success. After his infidelity was publicly revealed in 2009, his popularity declined in 2010 and 2011, years he also stopped winning, and ticked upward in 2013 and 2014, when he regained the No. 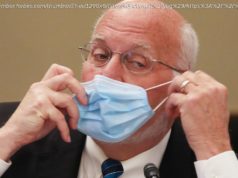 CDC’s Redfield: U. S. Could Control Coronavirus Pandemic In Months If Everyone Wore Masks 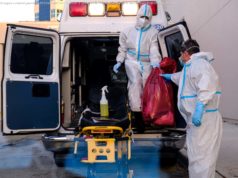 Deaths From COVID-19 Spike in Alabama, Florida and North Carolina 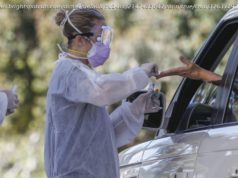