Despite a double-digit deficit in the first half, Milwaukee outlasted Toronto by sticking to what they have done all season.
MILWAUKEE — At the moment Kawhi Leonard shook Khris Middleton on a backdoor cut for an easy layup midway through the third quarter of Game 1 on Wednesday night, the Toronto Raptors looked like their best selves.
The Raptors had managed only five shot attempts at the rim in the first half, but here was a beautiful half-court set that encapsulated how brutally efficient the Raptors can be when they’re maximizing their strengths: Leonard and Kyle Lowry splitting off Marc Gasol in the high post — Lowry fanning out to the left corner and Leonard skirting behind Middleton. This was Toronto high IQ basketball at its savviest, and the bucket gave the Raptors a 10-point lead with 5:50 left in the third period.
Find everything you need to know about the playoffs here.
• Schedules, matchups and more
• Experts’ picks for conference finals
• For the Warriors, what’s old is new again
• Blazers left seeking Curry solution
• The ways Giannis, Kawhi define East finals
• Bucks try to avoid another G1 letdown
• What’s next for eliminated teams?
By many measures, the Raptors turned in a solid effort on Wednesday night. They executed their defensive game plan, enthusiastically took many of the open shots they’d turned down through much of the first two rounds of the postseason, and found opportunities in transition.
Yet, a fatal fourth quarter undid much of that solid work in a 108-100 loss to the Milwaukee Bucks.
Wednesday night was another Game 1 throat-clearing for a Bucks team that hadn’t played in a full week. A unit that relies on cadence and timing, the Bucks couldn’t find their flow through much of the game. Mainstays like Khris Middleton initially struggled to find shots against Toronto’s switching schemes, an irregular coverage for Toronto. Giannis Antetokounmpo, the ultimate rhythm player, wasn’t at maximum effect with the long break.
Yet despite missing 29 of their first 35 attempts from 3-point range and the forgettable 45. 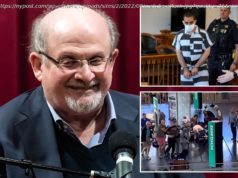 Salman Rushdie ‘talking and joking’ a day after brutal attack 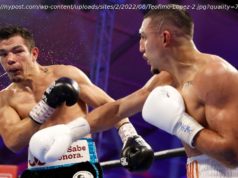 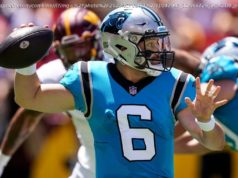