President Andrés Manuel López Obrador of Mexico can either give in United State’s demands or face stiff tariffs. Both could weaken his ratings at home and the Mexican economy.
MEXICO CITY — President Andrés Manuel López Obrador of Mexico has two options in confronting the migration standoff with Washington: He can bow to President Trump’s demands, and take in tens of thousands of new asylum seekers. Or he can refuse, and face the threat of tariffs on all Mexican imports to the United States.
Both would strain his nation’s economy and weaken his standing at home.
This awkward balancing act is evident even in Mr. López Obrador’s public approach to the crisis. Trapped between competing pressures, he is calling on Mexicans to rally in the border city of Tijuana this Saturday to both defend the dignity of Mexico and, at the same time, celebrate their friendship with the United States.
The stalemate in negotiations between the two nations over what Mexico can do to halt migration through its territory — and Mr. Trump’s looming ultimatum to impose tariffs on all Mexican imports if they fail — comes at a bad time for Mr. López Obrador.
The Mexican economy is anemic and slowing. The credit agency Fitch Ratings has downgraded Mexico’s sovereign debt, citing its ailing oil company. Its currency has weakened. And its most important trade relationship — a rare bright spot in an otherwise bleak landscape — is in the cross hairs for something that has nothing to do with trade.
Economists have revised down their forecasts for economic growth this year in Mexico between 1 and 2 percent.
“You’re in trouble when you have no growth, no investment, no resources to fund investment, and you can’t borrow anymore,” said Carlos Pascual, a former United States ambassador to Mexico and a senior vice president at IHS Markit, an energy consultancy.
And Mr. Lopez Obrador, who was elected on a promise to transform Mexico, tackling poverty and inequality, is finding his ambitions are expensive.
He has doubled pensions for the elderly, granted stipends to unemployed youth, paid a princely sum to cancel a new airport project launched by his predecessor, and vowed to build a new oil refinery. More broadly, he has promised to rescue the ailing Petroleos Mexicanos, which has racked up an astounding $100 billion in debt. 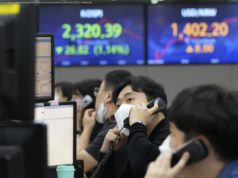 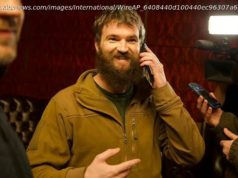 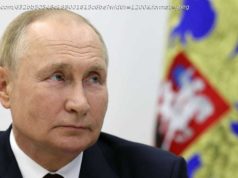 Putin's nuclear threats indicate the president is increasingly aware of how limited his military options are in Ukraine, Russia expert speculates