Joey Jackson outlines the difficult questions raised by the conviction and sentencing in the case against Mohamed Noor, a Somali-American police officer, for the killing of Justine Ruszczyk, a white Australian woman.
Mohamed Noor, a 33-year-old Somali-American, who was serving as a police officer with the Minneapolis Police Department (MPD) back on July 15,2017, had been convicted of murder and manslaughter. According to local station WCCO, Noor has appealed the conviction.
“I’ve thought and prayed about this for two years, since the time I took” her life, Noor said before the sentencing. The state had asked for 150 months, while Noor’s attorneys argued for a probationary sentence. During the hearing, Ruszczyk’s fiancé, Don Damond, made an emotional statement: “I’m not sure how such a thing could happen to you, to us.” Before announcing his fate, Judge Kathryn Quaintance said, “Good people sometimes do bad things.”
A court should never succumb to the desire for vengeance. Officer Noor is the first officer convicted in Minnesota in such a circumstance. And he happens to be black. Coincidence? He had 44 letters submitted to the Court which spoke to his character, gentle nature and community service. His ex-wife even weighed in to inform the court of his humanitarian efforts and kind demeanor — all to no avail. Even a local legislator wrote a letter urging the court to spare him jail. Nope.
During Noor’s trial, the jury of ten men and two women heard from 60 witnesses over the course of a month, whose testimony included prosecution and defense “use of force” experts. Not surprisingly, these experts offered completely different opinions as to whether Officer Noor acted “reasonably” in discharging a single round of his service revolver into the abdomen of Justine Ruszczyk, who had called 911 to report a possible assault happening in an alley near her home.
From the defense perspective, Officer Noor was “startled” in a dark alley and feared for his life. In that darkness, he perceived a deadly threat as he sat in the passenger seat of his police cruiser, and saw someone approaching him and his partner, Matthew Harrity, who was way too close for comfort. Officer Noor’s contention is that he fired upon the perceived threat in order to protect his life and that of his vulnerable partner, who was a sitting duck in the driver’s seat.
The prosecution countered with a critical question that seemingly said it all: “What is threatening about blond hair and a pink T-Shirt?” And with that said, we as a society must address the elephant in the room: Race. Officer Noor is an African American man. Ms. Ruszczyk, the victim, was a white woman from Australia.
Every police shooting, like other cases, turns on its own set of facts. 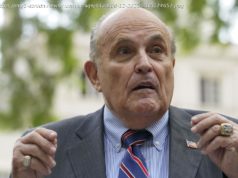 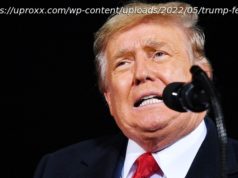 A Pro-Trump Protest In D.C. Was Cancelled After Not A Single Soul Bothered To Show Up 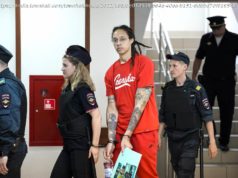