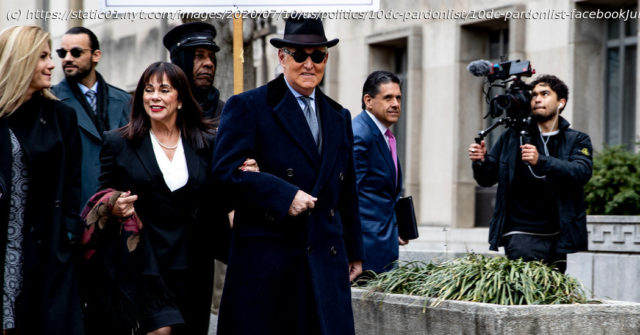 The president’s decision to commute Mr. Stone’s sentence continues a pattern of his presidency: granting clemency to friends whose cases resonate with him personally.
President Trump on Friday commuted the sentence of Roger J. Stone Jr., a longtime friend and former campaign adviser who had openly expressed loyalty to him throughout a congressional investigation into ties between Mr. Trump’s 2016 campaign and Russia.
“The simple fact is that if the special counsel had not been pursuing an absolutely baseless investigation, Mr. Stone would not be facing time in prison,” the White House said in a statement on Friday evening.
Mr. Stone had been days away from reporting to a federal prison to serve a 40-month sentence for seven felonies, including lying to federal investigators, tampering with a witness and impeding a congressional inquiry. He had aggressively lobbied for clemency, both in the courts and on social media.
The commutation, which was immediately criticized by Democrats, adds Mr. Stone to a list of beneficiaries of Mr. Trump’s clemency in cases that resonate with him personally — or with people who have a direct line to him through friends or family — over thousands of other cases awaiting his review.
According to the Justice Department, Mr. Trump has commuted the sentences of 10 people, not including Mr. Stone, but he has received 7,786 petitions for commutation. This puts him far behind his most recent predecessor, President Barack Obama, who commuted the sentences of 1,715 people, but closer to President George W. Bush, who commuted the sentences of 11 people.
The Supreme Court has ruled that the Constitution gives presidents unlimited authority to grant pardons, which excuse or forgive a federal crime. A commutation, by contrast, makes a punishment milder without wiping out the underlying conviction — in Mr. Stone’s case, the White House did not argue that he was innocent. Both are forms of presidential clemency.
Here are some of the pardons and commutations issued by Mr. Trump:
Pardon: Aug.25,2017
Joe Arpaio, an anti-immigration crusader who enjoyed calling himself “America’s toughest sheriff,” was the first pardon of Mr. Trump’s presidency.
Once one of the most popular — and divisive — figures in Arizona, Mr. Arpaio was elected sheriff of Maricopa County five times before he was ultimately charged with criminal contempt for defying a court order to stop detaining people solely on the suspicion that they were undocumented immigrants.
In a move that drew outrage from Democrats and immigration advocates, Mr. Trump, who has staked much of his political capital around zero-tolerance immigration policies, pardoned Mr. Arpaio less than a month after he was found guilty.
Pardon: May 15,2019
Conrad M. Black, a former press baron and friend of Mr. Trump’s, was granted a full pardon 12 years after his sentencing for fraud and obstruction of justice.
Mr. Black, who once owned The Chicago Sun-Times, The Jerusalem Post and The Daily Telegraph of London, among other newspapers, was convicted of fraud in 2007 with three other former executives of Hollinger International. They had been accused of skimming millions of dollars from the media company.
Mr. Black, who was released from prison in 2012, is the author of several pro-Trump opinion articles as well as a flattering book, “Donald J. Trump: A President Like No Other.”
COMMUTATION: Feb.18,2020
Former Gov. Rod R. Blagojevich of Illinois was sentenced in 2011 to 14 years in prison for trying to sell or trade to the highest bidder the Senate seat that Mr. Obama vacated after he was elected president. Mr. Blagojevich’s expletive-filled remarks about his role in choosing a new senator — “I’m just not giving it up for nothing” — were caught on government recordings of his phone calls and became punchlines on late-night television. 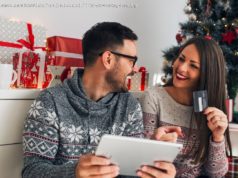 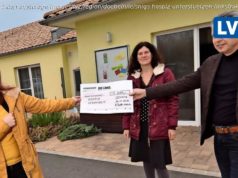 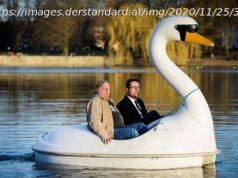