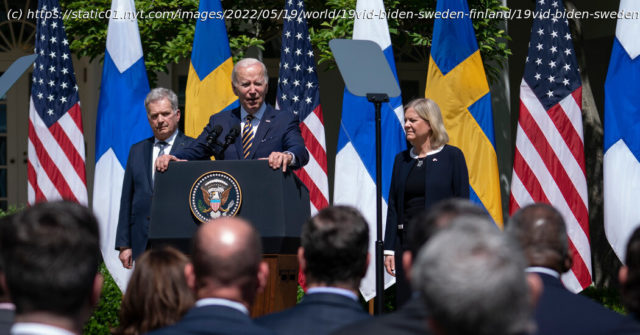 Speedy approval seems likely among most members of the alliance in the wake of Russia’s invasion of Ukraine, but Turkey’s objections remain a sticking point.
President Biden vowed on Thursday to speed Finland and Sweden to NATO membership, seeking to redraw the map of Europe to the West’s advantage less than three months after President Vladimir V. Putin of Russia began his invasion of Ukraine. In a ceremony in the White House Rose Garden with President Sauli Niinisto of Finland and Prime Minister Magdalena Andersson of Sweden, Mr. Biden said he was immediately submitting to the Senate the treaty language needed to make the two countries the newest members of the alliance. Formal accession to the alliance will require the approval of the other 29 member nations as well. While there is little doubt that the Senate and most other NATO members will overwhelmingly approve a treaty of accession, Turkey — which under President Recep Tayyip Erdogan has had a sometimes close and sometimes contentious relationship with Moscow — has expressed objections that could slow the process and require negotiations to address its concerns.
“These two countries, especially Sweden, they are a complete hotbed of terrorism,” Mr. Erdogan said on Thursday, an apparent reference to what the Turkish leader contends is their tacit support for Kurdish separatists. Secretary of State Antony J. Blinken met his Turkish counterpart in New York on Wednesday, and Finnish officials said they were in talks with Turkey as well. Speaking to reporters on Wednesday, Jake Sullivan, Mr. Biden’s national security adviser, expressed confidence that “Turkey’s concerns can be addressed” and that Finland and Sweden would ultimately be able to join the alliance. But Mr. Erdogan is famously unpredictable, and he could easily take advantage of his leverage as a potential spoiler to press for his own demands, including a lifting of sanctions on his country for its purchase of Russian-made antiaircraft systems. Jens Stoltenberg, NATO’s secretary general, said on Thursday that he expected to resolve Turkey’s concerns.
“I’m confident that we will come to a quick decision to welcome both Sweden and Finland to join the NATO family,” he said, adding, “We are addressing the concerns that Turkey has expressed.”
Mr. Erdogan’s demands aside, the ceremony at the White House was a remarkable moment in the history of the Western alliance — a rare instance in history where a single event, Russia’s invasion, changed sentiment, and probably NATO’s borders, almost overnight. 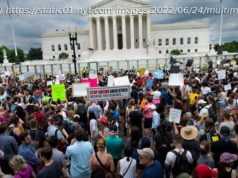 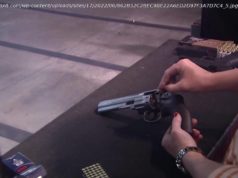 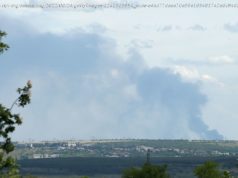