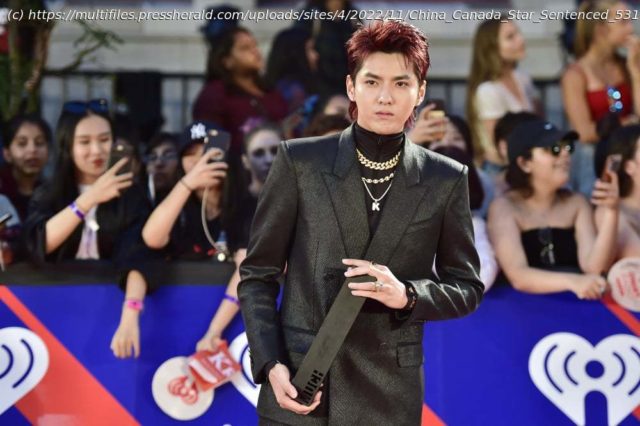 Wu will be imprisoned for 13 years on rape and other charges.
Chinese Canadian celebrity Kris Wu was sentenced to 13 years in prison on charges including rape, capping a scandal that helped galvanize a backlash against sexual harassment.
A Beijing court announced the verdict in a Weibo statement Friday, adding that the former Korean boy band member would be deported. It didn’t say whether Wu, who has Canadian citizenship, would be expelled before or after serving out his sentence.
Known as Wu Yi Fan, the EXO star was one of the highest-profile figures to be ensnared by a #MeToo movement that spread to China in 2018, after allegations against him went viral on social media. He was detained in July last year.
The court found that Wu forced three women into sex while they were drunk between November and December of 2020, and also engaged in “promiscuous activity” with two other women in 2018.