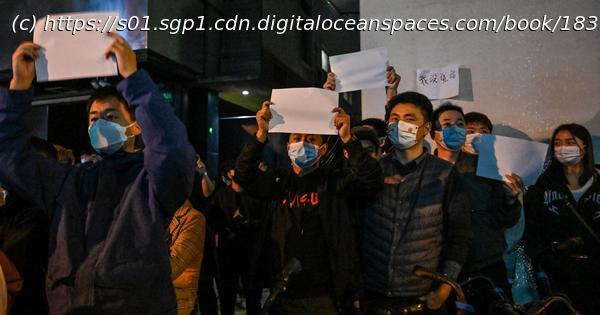 One of them, a BBC journalist, was allegedly assaulted by the police in Shanghai.
Two European journalists, who were covering the protests in China against the strict coronavirus measures, were arrested on Sunday.
BBC journalist Ed Lawrence was arrested in Shanghai and was allegedly beaten up by the police, the British public broadcaster said in a statement.
“The BBC is extremely concerned about the treatment of our journalist Ed Lawrence, who was arrested and handcuffed while covering the protests in Shanghai,” the broadcaster said.
The second arrested journalist is Michael Peuker, the correspondent for Radio Télévision Suisse, the French-language branch of the Swiss Broadcasting Corporation. Both journalists have been released.
The protests had broken out in several Chinese cities, including Shanghai, Beijing and Wuhan, after 10 persons were killed in a fire at a high-rise building in Urumqi, the capital of the Xinjiang region, on November 24.
The protestors have claimed that the victims could not escape as the building was partially locked down. However, city officials denied the claims and instead blamed the residents for being “too weak” to rescue themselves.