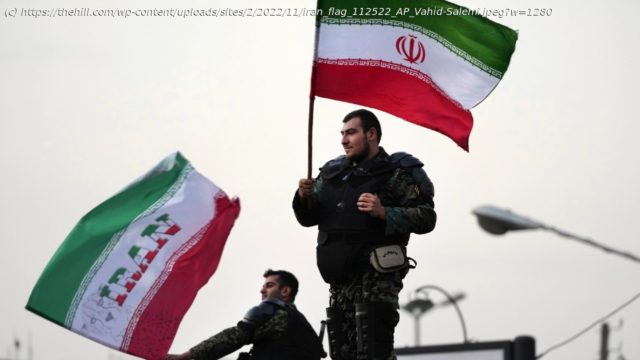 Array
Iranian state media is calling for the U.S. to be banned from competing in the 2022 World Cup over a now-deleted social media post in which the U.S. national soccer team altered an image of the Iranian flag.
In a now-deleted tweet, the U.S. Men’s national soccer team (USMNT) posted a graphic that included a doctored Iranian national flag without the Islamic Republic emblem, which represents the Islamic saying: “There is no god but God.”
“By posting a distorted image of the flag of the Islamic Republic of #Iran on its official account, the #US football team breached the @FIFAcom charter, for which a 10-game suspension is the appropriate penalty,” Iranian state news agency Tasim wrote in a statement on Sunday. “Team #USA should be kicked out of the #WorldCup2022.”
In a statement to an Iranian news agency, Iran’s soccer federation legal adviser Safia Allah Faghanpour said that the U.