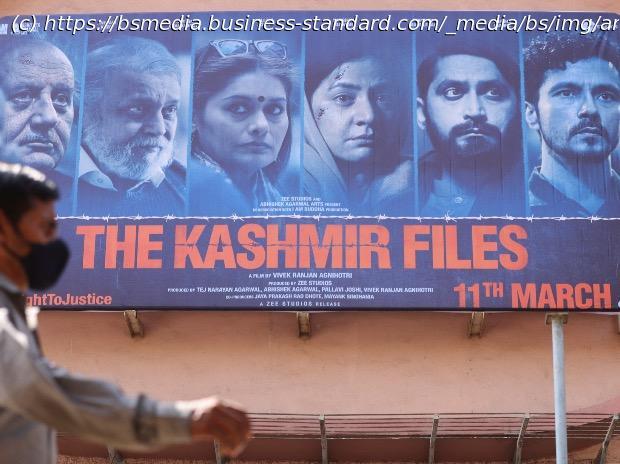 Array
Israeli director and IFFI international jury chairperson Nadav Lapid was at the centre of furious debate on Tuesday for his comments on The Kashmir Files with Israel’s ambassador saying he abused India’s invitation and jury members distancing themselves from his views.
As controversy grew, a day after the director described the The Kashmir Files as “propaganda” and vulgar, BJP leaders, actors such as Anupam Kher and Ranvir Shorey and the film’s director Vivek Agnihotri also joined the discourse against him.
There were some voices, including from the Congress and some in the film fraternity, who spoke up his defence.
Lapid’s surprise comments on the much discussed film came at the closing ceremony of the 53rd edition of the International Film Festival of India on Monday attended by Information and Broadcasting Minister Anurag Thakur as well as actors Akshay Kumar and Asha Parekh.
Agnihotri has compared The Kashmir Files, which portrays the exodus of Kashmir Pandits from the Valley due to militancy in the early 1990s, to Steven Spielberg’s Holocaust epic Schindler’s List.
The 1993 Oscar winner was referenced by many people, including Israel Ambassador to India Naor Gilon who wrote an open letter put out in a series of tweets.
“As a son of a holocaust survivor, I was extremely hurt to see reactions in India to you that are doubting Schindler’s List, the Holocaust and worse. I unequivocally condemn such statements. There is no justification. It does show the sensitivity of the Kashmir issue here,” he said.
Gilon added that Lapid — who is viewed as an anti-establishment director — should be “ashamed” as he had “abused in the worst way” the Indian invitation to him to chair the panel of judges.
The Kashmir Files, which polarised opinions following its release in March and went on to become a blockbuster hit, was screened at IFFI on November 22 as part of the Indian panorama section.