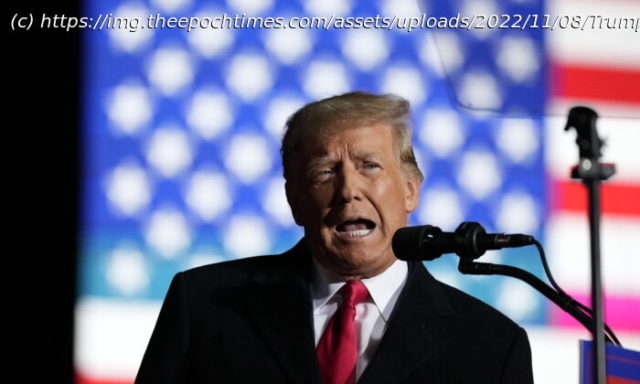 Array
The magazine columnist who has accused former President Donald Trump of raping her sometime in the 1990s filed an updated lawsuit on Thanksgiving Day, the first opportunity people have to utilize a new law that was passed by New York legislators and signed by Gov. Kathy Hochul.
E. Jean Carroll, 78, submitted the 30-page updated complaint in federal court, where she wants to combine it with an ongoing defamation case against Trump.
The complaint changes the approximate year Carroll says she was raped, changing from roughly 1996 to 1997. It also adds language about the alleged assault leaving Carroll with “significant pain and suffering, lasting psychological harms, loss of dignity, and invasion of her privacy.”
Carroll didn’t come forward with her accusations until 2019.
The recent statement Trump made about the writer, the new filing says, “has only added to the harm that Carroll had already suffered.”
“She completely made up a story that I met her at the doors of this crowded New York City Department Store and, within minutes, ‘swooned’ her,” Trump said on his Truth Social platform in October. “It is a Hoax and a lie, just like all the other Hoaxes that have been played on me for the past seven years. And, while I am not supposed to say it, I will. This woman is not my type!”
Trump made the comment after a judge ordered him to sit for a deposition in the defamation case.
He ended up complying with the order, but the defamation case has been tied up in appeals courts as judges decide whether Trump is protected from legal claims for comments made while he was president.
“While I respect and admire individuals that come forward, this case is unfortunately an abuse of the purpose of this Act which creates a terrible precedent and runs the risk of delegitimizing the credibility of actual victims,” Alina Habba, a lawyer for Trump, told The Epoch Times via email.