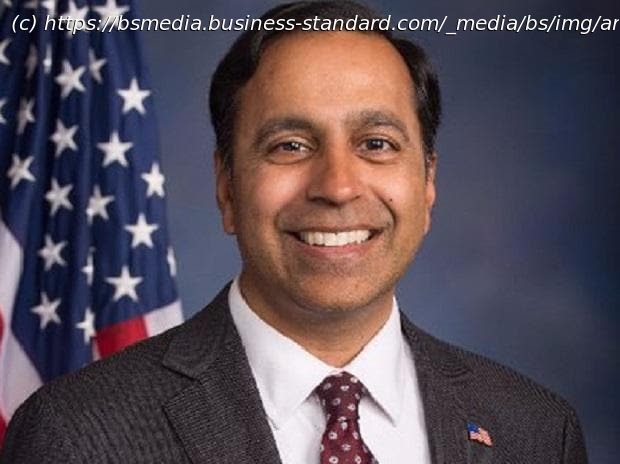 Array
Indian American Congressman Raja Krishnamoorthi has campaigned in Georgia to organize and galvanize the Asian American Pacific Islander (AAPI) community ahead of the crucial Senate run-off.
Democratic Party’s Senator Raphael Warnock is fighting a tough battle against his Republican opponent Herschel Walker in the critical election race, the result of which would decide whether his party would gain majority in the 100-member Senate, or it would be a tie like the current one wherein both the party’s had 50 seat each, with the Vice President casting her crucial vote in the event of a tie.
I’m proud to be campaigning for Senator Warnock in Georgia and urging members of the AAPI and South Asian community to door knock and ‘Warnock’ for the Senator because of how important this race is for the country and for Georgians,” Krishnamoorthi said as he campaigned in Atlanta among South Asians and AAPI communities in the State.