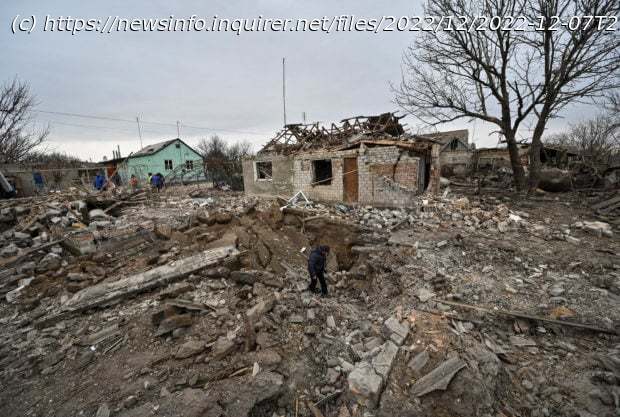 Array
NEAR Russian forces attacked settlements in eastern Ukraine from the ground and air, officials said on Thursday, in support of the Kremlin’s apparently scaled-back ambition to secure only the bulk of Ukrainian lands it has claimed in the war.
Fighting was under way along the entire line of demarcation in the Donetsk region, with the frontline town of Avdiivka shelled by Russian tanks on Thursday morning, said Tatiana Ignatchenko, a spokeswoman for the regional administration.
Near the city of Lysychansk, Russia deployed more troops to try to capture the village of Bilohorivka, Ukraine’s governor of the Luhansk region said, while a commander in another fought-over settlement described an intensifying Russian air offensive.
In its evening communique, Ukraine’s military command said Russian artillery attacked civilian infrastructure in the towns of Kupiansk and Zolochiv in the Kharkiv region, and Ochakiv in the Mykolaiv region.
In a reminder that, despite the hostilities, Russia maintains lines of communication with the West, Washington said Moscow had freed U.S. basketball player Brittney Griner in return for the release of Russian arms dealer Viktor Bout.
The White House said the prisoner swap would not change its commiment to the people of Ukraine.
Russian President Vladimir Putin has given conflicting statements on the goals of the war since his Feb. 24 invasion, but is now clear the aims include some expansion of Russia’s borders, in contrast with comments made at the start of the “special military operation,” when he said Moscow’s plans did not include the occupation of Ukrainian land.
Bilohorivka is one of the only places under Ukrainian control in Luhansk, which along with neighbouring Donetsk makes up the eastern Donbas industrial region that Russia claims as its own.