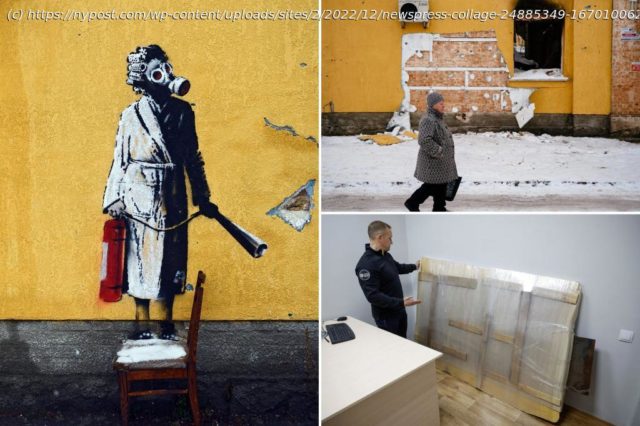 Array
Police thwarted an attempt to steal a mural painted by enigmatic British street artist Banksy from a wall on the outskirts of Kyiv, officials said.
The painting, an image of a person in a gas mask and nightgown holding a fire extinguisher, went missing Friday after thieves removed it from the wall of a war-battered home, Kyiv governor Oleksiy Kuleba said in a Telegram post.
“A group of people tried to steal a Banksy mural. They cut out the work from the wall of a house destroyed by the Russians,” Kuleba said.
The artwork was recovered by Kyiv police, who arrested eight people in connection with the theft.