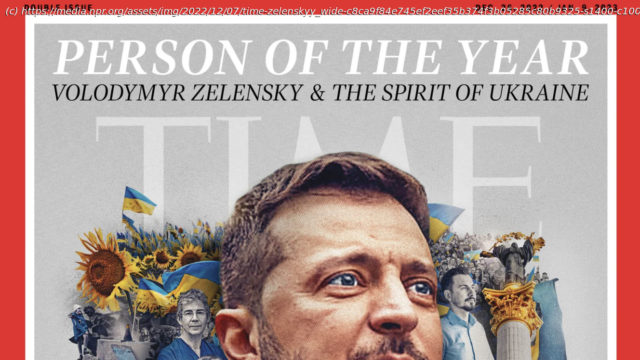 Array
Much of the world has spent the last year watching the war in Ukraine as the country defends itself from Russian attacks and asserts its identity on the global stage.
So it may not come as a surprise to many that President Volodymyr Zelenskyy and “the spirit of Ukraine” are officially Time magazine’s Person of the Year for 2022.
The magazine, which has bestowed the honor annually since 1927, released the announcement on Wednesday alongside a lengthy profile of the wartime leader. It credits his stewardship of Ukraine’s defense — which has halted Russia’s advance and regained key territories — as well as its public image.
“Whether one looks at this story of Ukraine with a sense of hope or a sense of fear, and the story is, of course, not fully written yet … Zelenskyy has really galvanized the world in a way we haven’t seen in decades,” Editor-in-Chief Edward Felsenthal said when revealing the news on the TODAY show.
The cover features a profile of Zelenskyy in his classic army-green sweater, surrounded by individual figures and crowds of protesters.