Trump put off his promise to move the U. S. embassy in Israel to Jerusalem, hoping to keep discussions going between Israelis and Palestinians toward a peace deal.
With an eye toward a potential Middle East peace deal, President Trump on Thursday issued a wavier that delays moving the U. S. Embassy in Israel to Jerusalem for at least six months, a decision in keeping with previous administrations.
The move marks a reversal for Trump, who repeatedly vowed during last year’s campaign to swiftly move the embassy from Tel Aviv, where it has always been located, to Jerusalem. Other candidates have made the same promise, but no president has ever followed through.
Israel considers Jerusalem its capital but the Palestinians claim East Jerusalem for their capital in a future state.
The U. S. and most major world powers agree that the status of Jerusalem should be settled in negotiations between Israel and the Palestinians, and no country keeps its embassy in Jerusalem because of the dispute.
In a statement, the White House said Trump made this decision „to maximize the chances of successfully negotiating a deal between Israel and the Palestinians.“
It added, „But as he has repeatedly stated his intention to move the embassy, the question is not if that move happens, but only when.“
After Trump took office, Jordan’s King Abdullah and other Arab leaders warned the White House that moving the embassy would enrage Arab communities, especially the Palestinians, and severely complicate any peace talks.
Since then, the White House has said Trump is reviewing the matter. During his visit to the Middle East last month, he met with both Israeli and Palestinian leaders and called for a resumption of negotiations toward what he has called “the ultimate deal.”
Moving the embassy is a priority for many Republican evangelicals in Trump’s political base, as well as some of his Jewish supporters.
Presidents of both parties have issued the waiver every six months since Congress passed a law mandating the embassy move in 1995. Trump was facing a Thursday deadline to renew the waiver or see the State Department lose half its funding for its overseas facilities.
Trump’s new ambassador to Israel, his former bankruptcy lawyer David Friedman, has vowed to live in Jerusalem, about 30 miles from Tel Aviv.
Palestinians welcomed the waiver and said they look forward to more consultation with the Trump administration.
„This is in line with the long held U. S. policy and the international consensus, and it gives peace a chance, “ said Husam Zomlot, the Palestinian Authority’s ambassador to the United States.
Israeli officials expressed disappointment, but several said they believed Trump will transfer the embassy before he leaves office.
In a statement, Prime Minister Benjamin Netanyahu’s office said keeping embassies “outside the capital” only “drives peace further away” because it keeps alive “the Palestinian fantasy that the Jewish people and the Jewish state have no connection to Jerusalem.”
The statement added that the Israeli government appreciated Trump’s “commitment to moving the embassy in the future.”
Energy Minister Yuval Steinitz told a radio interviewer that keeping the U. S. Embassy in Tel Aviv “is a surrender to Arab and Muslim pressure.”
Trump’s decision had been widely expected. Secretary of State Rex Tillerson said last month that Trump had to weigh what effect moving the embassy would have on potential peace talks.
“The president has recently expressed his view that he wants to put a lot of effort into seeing if we cannot advance a peace initiative between Israel and Palestine, “ Tillerson told NBC’s “Meet the Press” on May 14. „And so I think in large measure the president is being very careful to understand how such a decision would impact a peace process.“
Still, a handful of White House advisors continued to argue as late as Wednesday that Trump should fulfill his campaign pledge and relocate the embassy, or at least let the existing waiver lapse and promise to move the embassy at a later date.
Military and national security officials, including Gen. Joseph Dunford, chairman of the Joint Chiefs of Staff, warned that moving the embassy now — and the protests it might spark in Arab nations — would put U. S. personnel overseas at risk, according to a person familiar with the deliberations and who spoke on the condition of anonymity to describe internal White House discussions.
In addition, Trump remains determined to help deliver a peace deal and was encouraged by his meetings with Arab leaders in Riyadh, Saudi Arabia, last month.
He decided that moving the embassy to Jerusalem might sap support from other Arab states and drive Palestinian Authority President Mahmoud Abbas from the negotiating table, officials said.
The White House has made overtures to Abbas, hosting him for a lunch in the West Wing in early May and allowing the Palestinian flag be placed behind Trump while the two leaders made statements about the visit.
During his two-day stop in Israel, Trump visited Abbas in the West Bank at Abbas’s presidential compound in Bethlehem, just outside Israel’s border wall on the outskirts of Jerusalem.
Trump signaled to Abbas that he must show progress in the peace talks and start delivering on several U. S. demands: shutting down terrorist incitement, stopping Palestinian Authority payments to the families of those killed or imprisoned in terrorist attacks against Israelis, and refraining from lobbying the United Nations for additional resolutions against Israel.
Trump made clear to Abbas that payments to families of militants are an “impediment to peace, ” a White House official said.
Twitter: @ByBrianBennett
brian.bennett@latimes.com 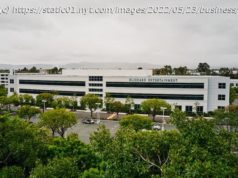 Workers at an Activision studio vote to unionize, a first for the gaming industry. 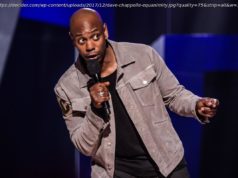 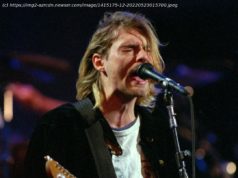