Country music superstar Garth Brooks‘ tour reaches the Southland for first time since 1996.
At any number of times Saturday during the finale of Garth Brooks‘ return to the Forum in Inglewood, the whole enterprise felt like one of those old „Star Trek“ episodes about a parallel universe where the normal rules of physics — or concert-going, anyway — had suddenly been reversed.
Chiefly, in this alternate dimension, the thousands of people inside the arena for the three-hour musical marathon were the true stars of the show, and the guy whose name was lighted up on the marquee outside was simply the biggest fan in the house.
That aspect of Brooks‘ savvy as an entertainer was a huge part of the reason he became the biggest thing in the pop music universe during his 1990s heyday.
It also goes a long way to explaining the rapturous reception he’s received over the last three years since returning to touring after a 13-year hiatus, during which he focused on raising his three daughters until they all went off to college.
See the most-read stories in Entertainment this hour »
Part of the art of a Brooks performance is the manner in which he challenges fans to match his own adrenaline level, which, on the 1-to-10 scale, pretty much starts at 10 and goes up from there.
„People, people, people!“ Brooks stated early in the show, which lasted nearly till the stroke of midnight. „You don’t think you can keep this up all night, do you?“
Naturally, the audience just roared back at him that much more vociferously.
Much has changed since Brooks last ruled the roost. Consider: The last time one of his tours reached the Southland, Taylor Swift was in first grade and the big Y2K scare — millennials, you can google it — was still three years in the future. Back then, it was still fairly easy to distinguish country music from hip-hop, and music fans were still shelling out money to buy the records they liked.
What has not changed, however, is the attitude that Brooks injects into the mix, now as then. In the midst of the fury of punk rock and rap, the angst of grunge, the self-reflective irony and sarcasm running through rock and the calculation behind so much of mainstream country music, Brooks counters with unapologetic sincerity.
To this day, there’s no winking of an eye when he sings a ballad as shamelessly heart-tugging as „The Dance, “ or anything postmodern in the unbridled enthusiasm he brings to a rave-up like „Ain’t Goin‘ Down (’ Til the Sun Comes Up) .“
That’s the emotional ace up his sleeve, and he played it repeatedly throughout this show, which has been fine-tuned but not dramatically reconfigured since he launched his full-scale return to music in 2014 in Rosemont, Ill.
He’s calling the latest round of shows that began in January the Garth Brooks World Tour, rather than the Man Against Machine tour after the then-new studio album he’ d released to kick-start the whole shebang.
Otherwise, it remains built around Brooks‘ cadre of country-rock hits and his particularly athletic style of performance, which has been adopted by most country acts who’ ve followed, from Kenny Chesney to Luke Bryan, Jason Aldean and Eric Church .
Drummer Mike Palmer still occupies his seat in the gyroscopic cage that houses his kit, and the other band members and backup singers are afforded a moment in the spotlight. Brooks hands over a centerpiece chunk of about 30 minutes to his wife, singer Trisha Yearwood, in which she tastefully and powerfully serves up a handful of her hits.
The highlight of her portion of the show Saturday may have been her rendition of „Wrong Side of Memphis, “ a soul-drenched song she said she doesn’t sing often but which came as a request in the form of a sign held up by a fan.
That’s another facet that sets Brooks‘ shows apart. The two-hour regular portion of the show generously surveyed what he referred to as „the old stuff“ that he recognizes most fans are there to hear — from „The River, “ „Two Piña Coladas“ and “Papa Loved Mama” to „Unanswered Prayers, ” „If Tomorrow Never Comes, “ „The Thunder Rolls“ and, of course, his average Joe anthem, “Friends in Low Places.”
But then he went solo for an extended encore segment, tapping the vibe of his multi-year residency at the Wynn Encore theater in Las Vegas that was the only extended interruption in recent years of his time as a stay-at-home dad.
Again making the crowd the focal point, Brooks encouraged fans to hoist in the air the homemade signs they brought exhorting him to play a particular favorite song. That allowed him to course through nearly a dozen more songs.
Cameras zoomed in on the fans‘ whose requests were chosen, from the guy in his 20s who’d asked for James Taylor’s „Sweet Baby James“ to the young girl who asked for the relatively deep cut „That Girl Is a Cowboy, “ the title written on the other side of a placard informing him she was „8 Years Old and I’ve been to 5 Garth concerts!“
Even after finishing the song that’s been concluding most of his 2017 concerts, „Standing Outside the Fire, “ for which he brought back the full band, neither Brooks nor his fans could let go. So he grabbed an acoustic guitar one more time and turned to one of the songs he loved growing up, Don McLean’s „American Pie.“
You could quickly tell which line best connected with Brooks and relationship to his audience as he sang, „And I knew if I had my chance/That I could make those people dance/And maybe they’d be happy for a while.“
For three hours on Saturday at least, truer words were never sung — in this or any other galaxy.
randy.lewis@latimes.com
Follow @RandyLewis2 on Twitter.com
For Classic Rock coverage, join us on Facebook 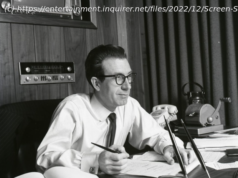 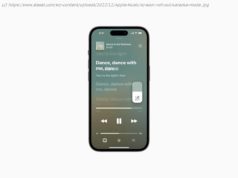 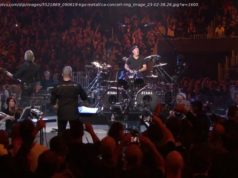