Who is Andrew Cunanan? Here’s what you need to know about Gianni Versace’s killer before ‚American Crime Story‘ premieres.
The Assassination of Gianni Versace: American Crime Story premieres Jan. 17 at 10 p.m. ET on FX. The show, based on Vanity Fair journalist Maureen Orth’s book Vulgar Favors, follows the events surrounding the vicious murder of the fashion designer, and Andrew Cunanan is at the center of that tragic story. Andrew will be played by Glee star Darren Criss, 30. The show also stars Edgar Ramirez, 40, as Gianni Versace, Penelope Cruz, 43, as Donatella Versace, Ricky Martin, 46, as Antonio D’Amico, Finn Wittrock, 33, as Jeff Trail, and Cody Fern as David Madson. Here are 5 key things you need to know about real-life killer and check out a side-by-side photo of Andrew and Darren below.
1. Andrew Cunanan killed four people before murdering Gianni Versace. Andrew went on a three-month killing spree in 1997. He killed his friend Jeff Trail with a claw hammer on April 27,1997. Andrew left Jeff’s body in the apartment that belonged to David Madson, his former lover and second victim. Andrew then shot David in the head and back. David’s body was found on the shore of Rush Lake near Rush City, Minnesota on May 3,1997. Andrew then drove to Chicago and killed Lee Miglin, a wealthy real estate developer. According to Maureen’s book, Lee was stabbed multiple times in the chest, suffered over two dozen blows to his head, face, and chin, hit with two bags of cement that fractured all of his ribs, and was nearly decapitated with a garden bow saw. After stealing Lee’s car, Andrew killed his fourth victim, William Reese, at the Finn’s Point National Cemetery in Pennsville, New Jersey. Andrew then stole Reese’s red pickup truck, which he used to drive to Miami. Andrew stayed under the radar for nearly two months before fatally shooting Gianni Versace on the steps of the fashion designer’s Miami villa on July 15,1997.
2. Andrew committed suicide just days after Gianni’s murder. His body was found in a Miami house boat that he was hiding in on July 23,1997, following a four-hour siege. Andrew was discovered by the boat’s caretaker, Fernando Carreira. Andrew killed himself with a self-inflicted gunshot to the right temple. He was 27 years old. The gun Andrew used to kill himself was the same one used to kill Gianni, David, and William.
3. He created a fake alias and allegedly met Gianni in San Francisco. Andrew would often go by the name Andrew DeSilva while he was living in San Francisco and San Diego. He would lie again and come up with insanely detailed stories about his connections to famous and wealthy people. However, Maureen reports that Andrew met Gianni when the designer was in San Francisco in 1990 to design costumes for the San Francisco Opera’s production of Capriccio. The Versace family has stressed that Gianni never met Andrew.
4. He managed to stay undetected for nearly two months after murdering four people. Andrew evaded police after killing William and stealing his car. He switched license plates and was able to slip by undetected. He became the 449th fugitive to be listed by the FBI’s Ten Most Wanted Fugitives list on June 12,1997 and appeared on America’s Most Wanted. Despite all of that, Andrew lurked in Miami for more than a month before killing Gianni.
5. There were rumors that Andrew went on a killing spree after contracting the AIDS virus. “If I had AIDS or if someone did that to me I would go on a five-state killing spree and take everyone with me I could,” Andrew is quoted as telling friends before his killing spree began, according to FBI records. A San Diego AIDS counselor also told the FBI that he “gave information regarding HIV and AIDS to Cunanan” because Andrew “was someone who feared might have had the AIDS virus.” Despite this popular theory in the quest for answers after five brutal murders, the Miami medical examiner said at a public meeting that Andrew was HIV negative, according to Maureen’s book.
HollywoodLifers, are you going to watch The Assassination of Gianni Versace: American Crime Story? Let us know 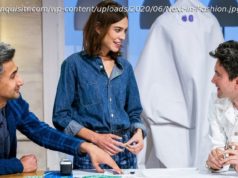 Netflix Cancels ‘Next In Fashion’ After One Season 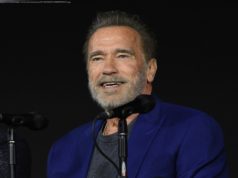 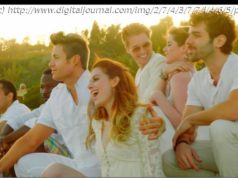 Review: 'Tell Me I Love You' is an entertaining modern romantic comedy (Includes first-hand account)